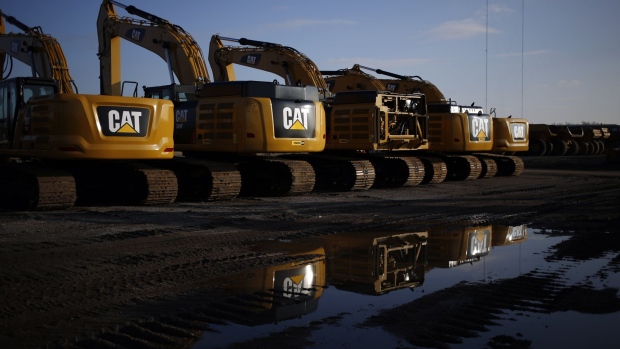 Chief Executive Officer Jim Umpleby was among company executives who painted a troublesome picture of challenges lingering in a flurry of concerning comments on Caterpillar’s second-quarter earnings call. Among the downbeat dialogue, executives said they see no improvements in supply-chain troubles and a lingering uncertainty around a weaker China market. They’re also not seeing any moderation in cost pressures.

“We’re still dealing with an inflationary environment and we have not seen a decrease from our suppliers as a result of commodities price reductions,” Umpleby said on the call.

The comments came as Caterpillar posted equipment sales in construction, mining, energy and transportation that missed analysts’ expectations. Its shares fell as much as 5.5% Tuesday in New York, the biggest intraday drop since June 23. The stock is the worst performer on the Dow Jones Industrial Average, dragging down the blue-chip index as one of its most heavily weighted members.

One market that remains challenged is China, with Umpleby saying it’s still too early for him to predict what’s going to happen in a nation that accounts for 5% to 10% of Caterpillar’s total business sales. The market weakened in China after strong years in 2020 and particularly in 2021, the CEO said.

Adding to these troubles is the ongoing supply-chain issues that have dogged the Deerfield, Illinois-based company since the start of the global pandemic. While Caterpillar has seen things improve from component to component, it’s still a broad problem across all operations as management wrestles to bring down costs.

“It’s still hand-to-hand combat,” Umpleby said. “Our teams are working their way through those issues.”