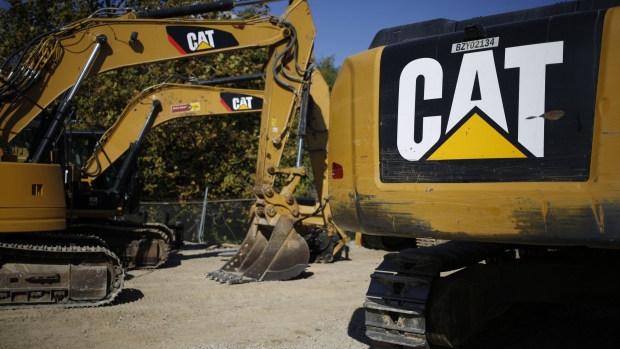 (Bloomberg) -- Caterpillar Inc., the producer of iconic yellow construction and mining equipment, is moving its headquarters to the Dallas-Fort Worth area, effectively ending its century-long history calling the state of Illinois its home.

The machinery producer said the move is in its “best strategic interest,” without citing what benefits it will gain from relocating out of the Greater Chicago area. The company said in a statement it will begin transitioning its headquarters to Irving, Texas, this year.

Caterpillar, with more than 107,000 employees globally, is the latest major company to relocate to Texas, following in the footsteps of Tesla Inc. among others. The announcement is a blow to Illinois governor J.B. Pritzker, who is seeking a second term in November’s election, and a boost to Republican Texas governor Greg Abbott.

The transition comes five years after Caterpillar shifted its headquarters within Illinois from its long-time foothold in Peoria to Deerfield outside of Chicago, a move at the time that rattled citizens of the town in which it had built a global empire for more than 100 years. Caterpillar a month ago hosted its first investor day since 2019 in Dallas, introducing a new buyback plan. Chief Executive Jim Umpleby at the time in an interview dismissed recession worries, citing robust growth.

The 2017 move from Peoria came as the company looked to bolster its push in foreign markets. At the time it also officially scrapped a plan to build a new complex in its hometown. Caterpillar said in the statement it’s had a presence in Texas since the 1960s, but said Illinois remains its largest concentration of employees in the world.