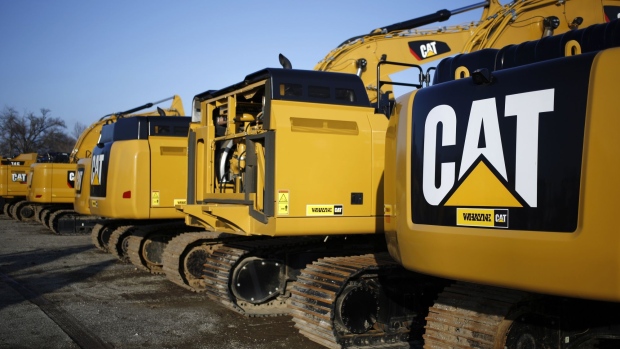 (Bloomberg) -- Caterpillar Inc. reported second-quarter earnings that topped analysts’ estimates amid surging demand and higher prices for the company’s diggers, bulldozers and trucks, but the company’s finance chief said rising costs will put a dent in margins going into the third quarter.

The world’s biggest maker of mining and construction equipment reported adjusted second-quarter earnings of $2.60 a share, compared with the $2.40 a share average of analysts’ estimates compiled Bloomberg. Margins will moderate in the third quarter from last quarter, mostly driven by employee compensation.

“In the third quarter we expect it to be a small headwind and we expect sequentially for margins to decline,” Chief Financial Officer Andrew Bonfield said in a phone interview. “The biggest factor for us is not material cost increases this year, it’s short-term incentive compensation that is a bigger margin headwind for us.”

The company said price increases implemented mid-year and at the beginning of the year will offset raw-material costs. Caterpillar is a large consumer of steel to make its machinery, and domestic prices of the metal are up almost 90% so far in 2021.

“Moderating margin expectations is probably not enough to drive additional near-term excitement, in our view,” Jefferies analyst Stephen Volkmann said in a note to clients.

(Updates with comments from CFO and margin outlook)