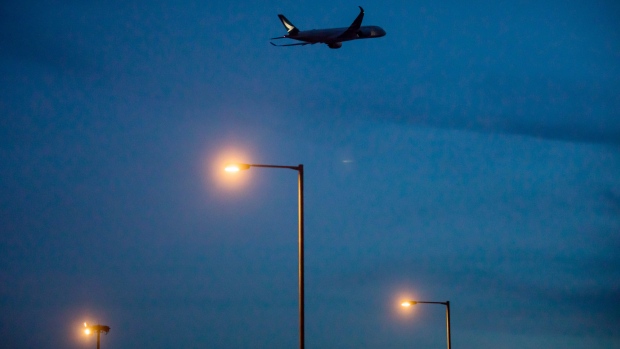 Cathay Pacific Airways Ltd. is closing its cabin crew base in Toronto as part of a business review, potentially affecting 120 workers in the Canadian city.

The Hong Kong-based airline is talking with the union to explore options for the employees, including opportunities in other locations, it said Tuesday in an emailed response to a report in the South China Morning Post. The company currently doesn’t have plans to close other bases outside Hong Kong, it said.

Cathay Pacific is in the final year of a transformation program that started in 2017 after fierce competition from Chinese airlines and low-cost carriers led to losses in two consecutive years. The Hong Kong-based company is seeking to reduce HK$4 billion (US$510 million) in expenses after cutting 600 jobs at its main office and added more seats on some of its aircraft.

Last year, Cathay Pacific offered a voluntary early retirement package to employees in Japan and completed a “comprehensive review” of its regional structure including Northeast Asia. It plans to recruit more than 1,000 cabin crew in Hong Kong this year, the company said.

The airline is offering flights to more destinations and improved in-flight meal services in efforts to lure customers.