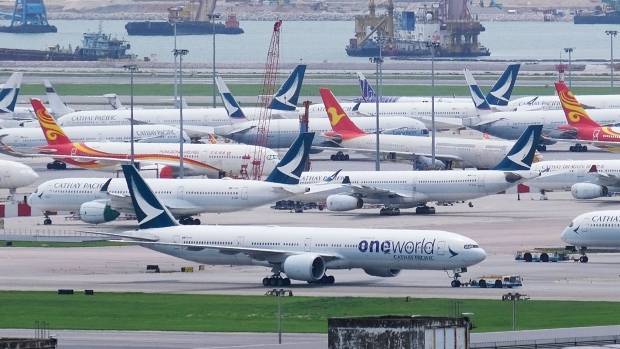 Aircraft operated by Cathay Pacific Airways Ltd. and its Cathay Dragon unit stand on the tarmac at Hong Kong International Airport in Hong Kong, China, on Tuesday, June 9, 2020. Cathay became the latest global carrier to seek a lifeline in the aftermath of Covid-19 travel restrictions, outlining a plan to raise HK$39 billion ($5 billion) from the Hong Kong government and shareholders after months of warnings about the frailty of its business. Photographer: Roy Liu/Bloomberg , Bloomberg

Cathay Pacific Airways Ltd. will cut 6,000 jobs and close its Cathay Dragon brand, the South China Morning Post reported, as part of a strategic review to combat the deep damage caused by the coronavirus pandemic.

The Hong Kong-based airline is expected to officially announce the plan after the market close on Wednesday, the newspaper said. It initially planned about 8,000 layoffs globally, but after government intervention reduced that to 18 per cent of its total workforce, including some 5,000 jobs in Hong Kong, according to the report.

The company, which posted a HK$9.9 billion (US$1.3 billion) loss in the first half, has for months been working on the review that management presented to the board on Monday. Cathay said in September it wouldn’t survive unless it adapted its airlines for the “new travel market.” A Cathay representative didn’t immediately respond to requests for comment Tuesday.

Cathay’s passenger traffic slumped as travel restrictions escalated and people refrained from flying, with numbers as low as 500 a day in April and May. On Oct. 19, the company said it expected to operate at about 10 per cent of pre-pandemic capacity for the rest of the year and well below a quarter in the first half of 2021. For September, passenger numbers were down 98.1 per cent from a year earlier.

Cathay carried out a HK$39 billion recapitalization plan that was completed in August and left the Hong Kong government with a 6.08 per cent stake in the company and two observer seats on its board. In another effort to cushion the blow from the loss of passengers, the airline has been renegotiating aircraft deliveries from Airbus SE and Boeing Co.

Cathay already introduced an unpaid leave program for staff earlier in the year as monthly losses climbed to as much as HK$3 billion, and trimmed salaries and closed crew bases overseas. Chairman Patrick Healy said in August that those cost control measures wouldn’t be enough. 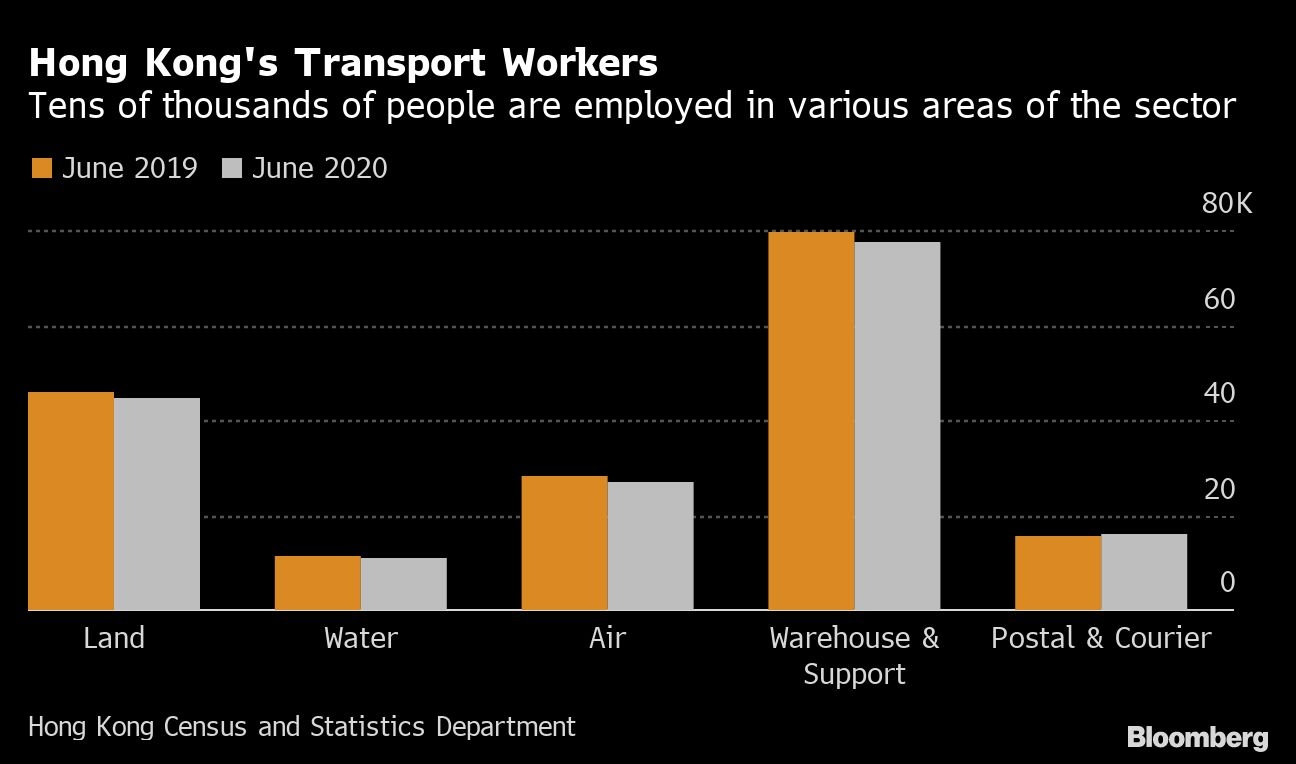 The company was struggling with losses before the pandemic as anti-government protests in Hong Kong led to a sharp reduction in traffic last year and a change in management. Then Covid-19 erupted, thrusting the airline into what Healy described as the most challenging period in its history.

Cathay Dragon flies Airbus SE A320, A321 and A330 aircraft to destinations across Asia and more than 20 mainland Chinese cities, including the lucrative Beijing and Shanghai routes. The carrier had a fleet of 48 aircraft as of June 30 and firm orders for 16 Airbus A321neo jets, according to Cathay’s website.

The latest development comes as Hong Kong said its jobless rate rose to a 15-year high of 6.4 per cent in the July-September period as the economy remained stuck in recession. That reading was worse than the 6.2 per cent median estimate from economists surveyed by Bloomberg.

Travel, hotels, retail and restaurants have been particularly hurt as the government keeps strict social-distancing measures in place, including limiting public gatherings to four people. Cathay Pacific is one of the city’s biggest employers.

Job losses in the airline industry are mounting worldwide. Singapore Airlines Ltd., which like Cathay has no domestic market and raised billions of dollars to try to weather the crisis, said in September it was eliminating about 4,300 jobs, roughly 20 per cent of its workforce. Airlines have flagged that as many as 400,000 people will either be let go or furloughed since January, according to data compiled by Bloomberg.

Cathay and Singapore Airlines got a boost on Oct. 15 with the announcement of plans for a travel bubble between Hong Kong and Singapore that will replace compulsory quarantine with coronavirus testing. Cathay’s shares jumped on the news and airfares climbed for the route, which likely accounted for about 3 per cent of its overall revenue before the pandemic, according to Bloomberg Intelligence.

Cathay’s shares, down 43 per cent in Hong Kong this year, slipped 1.4 per cent on Tuesday.

--With assistance from Dominic Lau and Shirley Zhao.