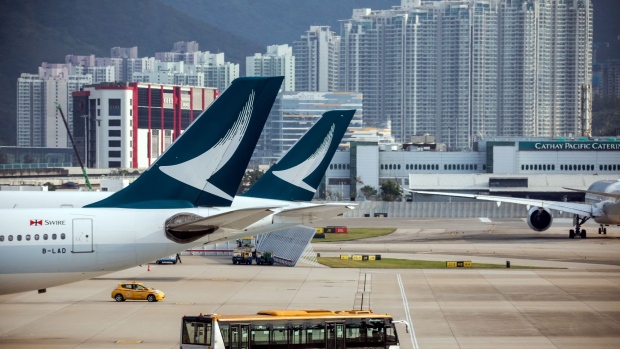 Shares of Cathay Pacific Airways Ltd. (CPCAY.PK), which tumbled to a 10-year low on Monday, extended their slide after the carrier canceled hundreds of flights in the wake of the abrupt closure of Hong Kong’s airport.

The flight cancellations compounded the headwinds facing the company, which has emerged as the most visible corporate target for China amid the protests that have been gripping the former British colony for more than two months. Bocom International Holdings Co. cut its investment rating on the stock, citing near-term uncertainties.

China hit out at the airline last week after its employees joined anti-Beijing protests in Hong Kong. Some state-run Chinese companies have also told employees to stop flying Cathay flights, according to people familiar with the matter.