Trump Signs Hong Kong Bill: How Will China Hit Back?

Cathay Pacific Airways Ltd. plans to reduce seat capacity next year as Hong Kong’s flag carrier continues to suffer from falling visitor numbers amid the protests that have gripped the city for months.

The reduction is “absolutely necessary because we don’t believe that in the current environment we can continue to operate a full schedule profitably,” Chief Executive Officer Augustus Tang said in the memo.

Cathay has been badly hit by months of protests. On Nov. 13, the company issued its second profit warning in less than a month as visits to Hong Kong wane. Second-half financial results will be “significantly” lower than in the first, the company said at the time.

The airline is finalizing further cost management and efficiency measures and will communicate those in the coming days and weeks, according to the memo.

The company will continue to take delivery of new aircraft in 2020 and expects the environment to improve, Tang said in the memo. The company will maintain flexibility to add capacity again, he said. 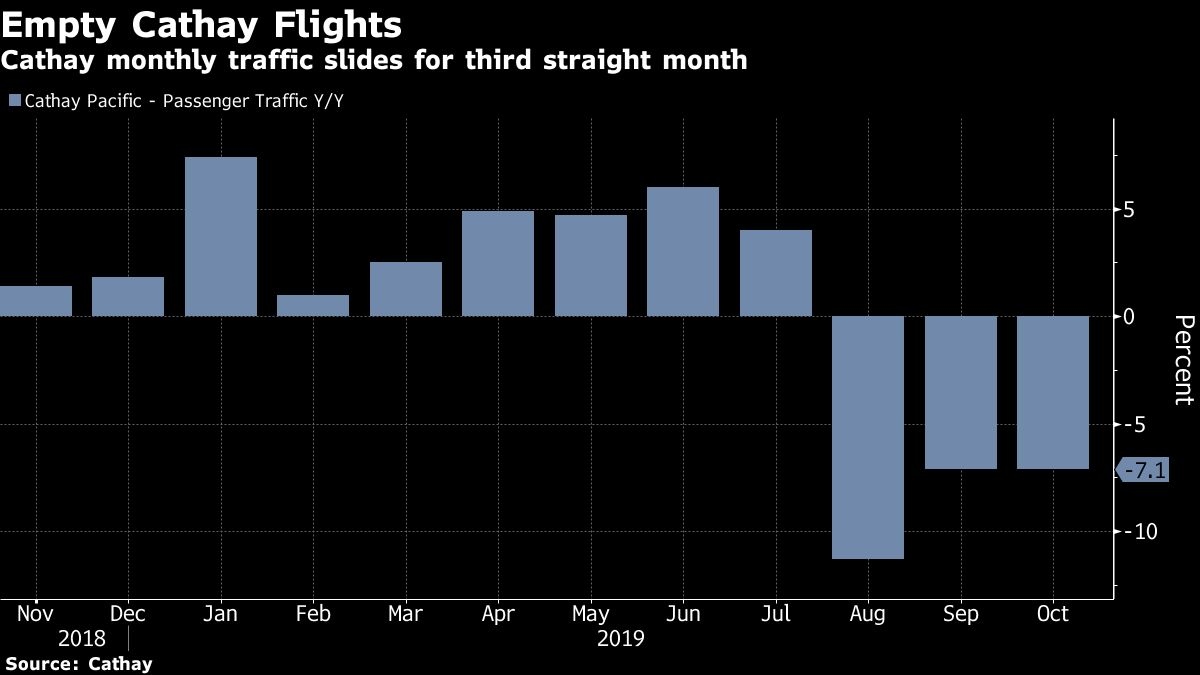