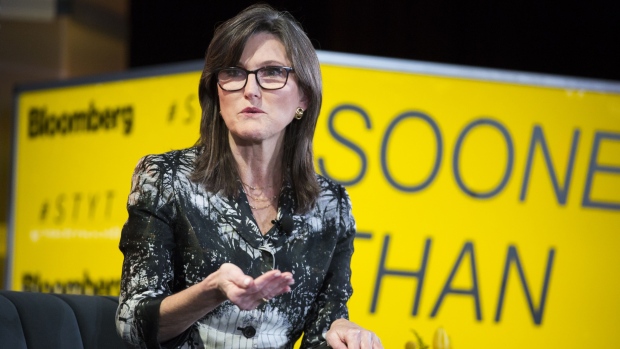 Her firm, Ark Investment Management, scooped up about 1.3 million shares of the social media network worth US$71 million on Friday as the stock plunged 15 per cent, according to an email of their trading activity. That slide came after after Twitter reported disappointing first-quarter sales, in contrast to the stronger-than-expected results from other big tech companies, including Facebook Inc. and Alphabet Inc.

Ark’s actively managed exchange-traded funds have suffered as investors have shifted out of growth stocks as the nation rebounds, which will benefit companies whose businesses are more closely tied to swings in the economy. Her US$23 billion flagship ARK Innovation ETF (ARKK) and ARK Next Generation Internet ETF (ARKW) -- the two funds that bought Twitter shares -- are down 3.5 per cent and up just 1.5 per cent this year, respectively, after posting triple-digit returns in 2020.

But Wood is known for doubling down on her strategies during selloffs, especially when automaker Tesla Inc. plunges. She’s repeatedly said that despite the broader rotation out of high-growth companies and into value stocks, her team maintains their conviction in innovative technologies and has a five-year time horizon. 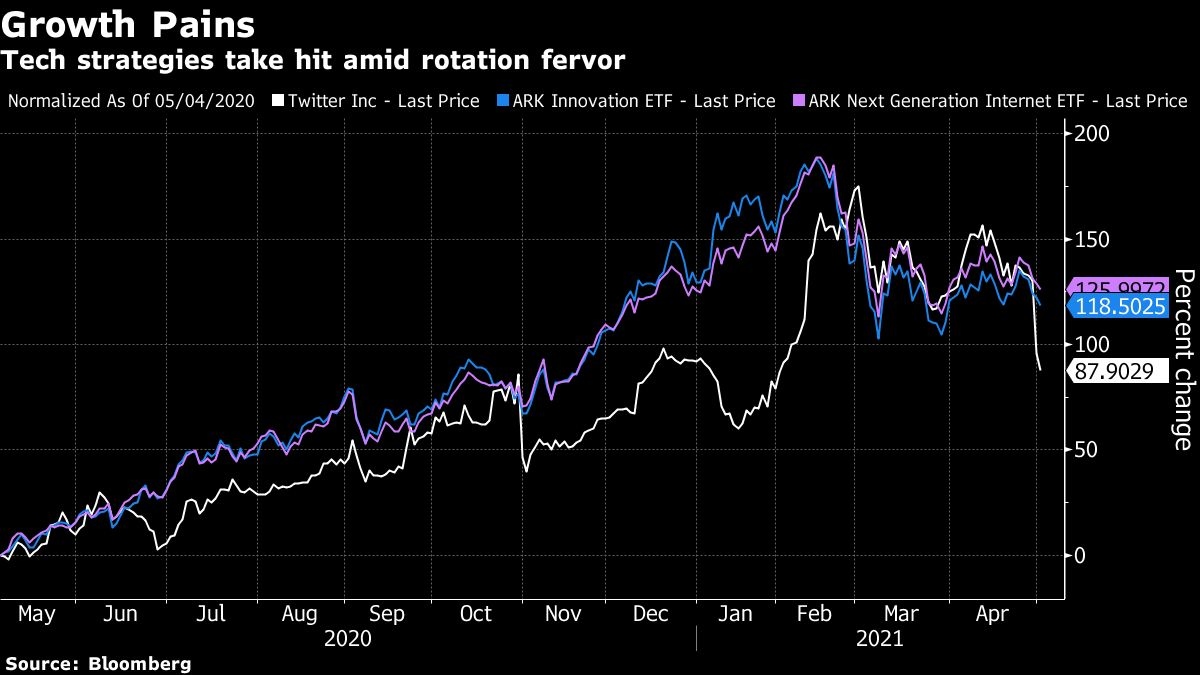 “Twitter fits well with Ark and Cathie Wood’s m.o.,” said Ross Mayfield, investment strategy analyst at Robert W. Baird & Co. “It’s on brand to the extent that it’s in the tech space and it’s a new Internet oriented company. But it is different from some of the moonshot companies they really like. Twitter is a tech company, but it’s kind of just your standard social media.”

The social media giant’s stock plunged late last week after company executives said sales were sluggish in the first months of the year. Although its revenue gained 28 per cent, it lagged some of the other digital advertising behemoths like Facebook Inc. and Alphabet Inc.’s Google.

Wood’s ARKK fell 1.8 per cent as of 11:07 a.m. in New York. The fund just notched first month of outflows since September 2019, losing about US$76 million, according to data compiled by Bloomberg.