Cathie Wood’s exchange-traded funds have sold some of their Tesla Inc. shares in the past two days, taking advantage of the recent rally as the stock climbs for the third week in a row.

The ARK Innovation, ARK Next Generation Internet and ARK Autonomous Technology & Robotics ETFs sold over 180,000 shares on Wednesday and Thursday, according to daily trading updates. At closing prices, that puts the total value at nearly US$139 million.

The sales amount to around 3 per cent of ARK’s Tesla stake and the firm still holds well over US$4 billion, making it one of Tesla’s top 20 holders. ARK regularly trims winning positions to reinvest the cash in new targets or existing high-conviction names.

Shares of the electric-vehicle maker have climbed over the past three weeks, adding about US$75 billion in market value through Thursday’s close as the company’s shipments of China-made cars to the local market rebounded last month, and amid a broader stock market rally in August.

Despite a 2.5 per cent slump on Friday amid a broader market rout, Tesla’s shares eked out a weekly gain of 0.4 per cent. They have gained over 30 per cent since a March low. 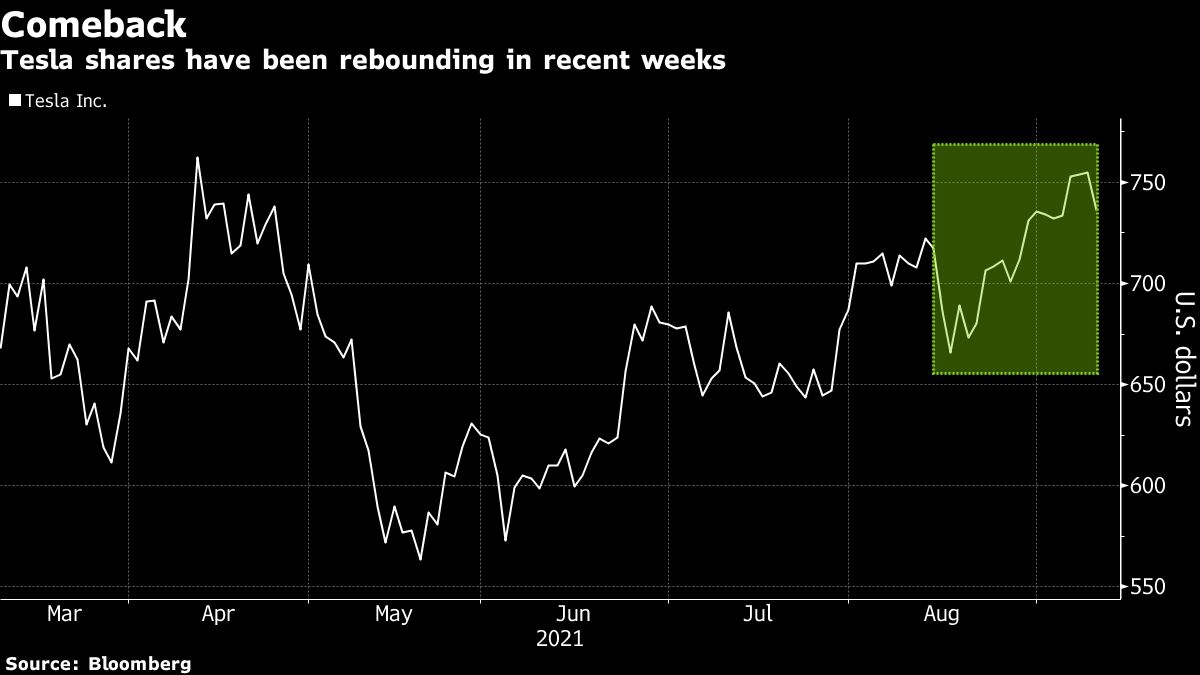 Earlier this year, Wood predicted that Tesla’s stock would hit US$3,000 by 2025, putting its valuation at about US$3 trillion. Its current market capitalization is about US$738 billion.

ARK’s daily trading update reflects portfolio changes made by its investment team and excludes creation and redemption activity and public offerings; for this reason it may not fully reflect all of the firm’s trades.