Cathie Wood amped up buying of Twitter Inc. after the stock slumped to its lowest in a year amid founder Jack Dorsey’s move to step down as chief executive officer.

ARK Investment Management, which is already one of the largest shareholders of the social-media platform, bought about 1.1 million shares in Twitter on Tuesday to mark its biggest one-day purchase of the stock since July 23. It was Ark’s first purchase of Twitter in about a month. Shares in the social media company reversed an earlier 5.8 per cent gain to fall 2.6 per cent amid a market selloff as the U.S. confirmed its first case of the omicron COVID variant in California.

On Tuesday, the flagship Ark Innovation ETF bought 623,221 shares, Ark Fintech Innovation ETF purchased 327,160 shares while Ark Next Generation Internet ETF bought 161,991 shares, according to the asset manager’s daily trading updates. The total buying was worth close to US$49 million at Tuesday’s closing price of Twitter.

Wood’s move to increase exposure to Twitter comes one day after Dorsey said he will hand over the control of the microblogging site he founded and helped build into a global communications platform to Chief Technology Officer Parag Agrawal.

Dorsey’s era running Twitter spanned one of the biggest rallies for U.S. technology stocks but Twitter missed out on most of it. The stock dropped 4 per cent on Tuesday to close at its lowest level since November 2020. Twitter is down 9.9 per cent over the past four sessions.

Peter Garnry, head of equity strategy at Saxo Bank, said that Dorsey’s departure could spark interest in Twitter, which could be “interesting bolt-on acquisition” for a traditional media firm wanting to enter the social media space. 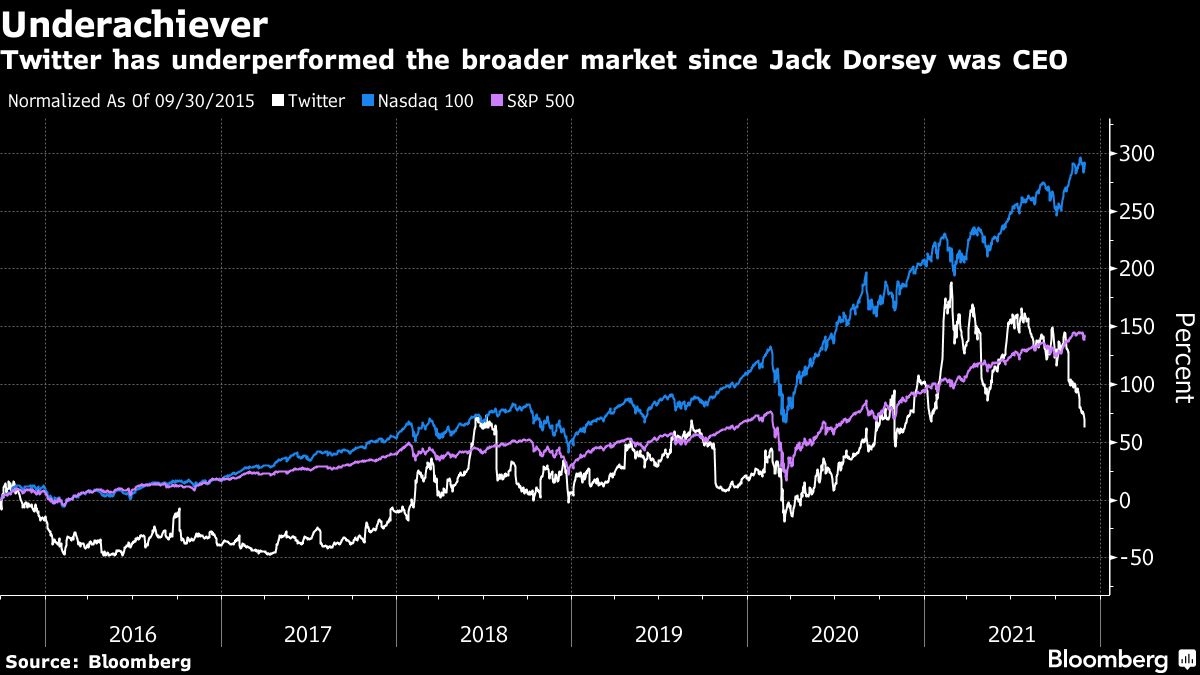 Wood and her firm frequently say that they have at least a five-year investment horizon, and acknowledge that the disruptive companies they target are often volatile.

The daily trading updates from Ark show only active decisions by the management team and do not include creation or redemption activity caused by investor flows. For that reason, the firm’s exact trading activity may vary.