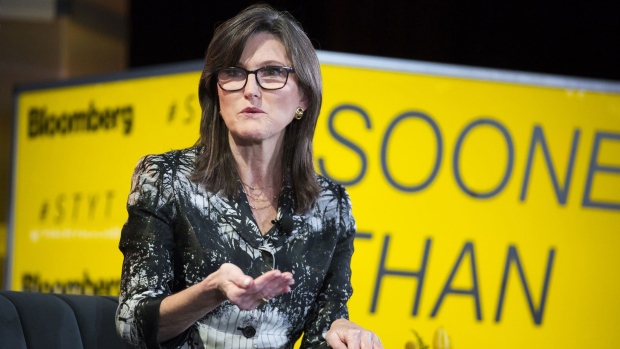 Cathie Wood’s miserable month continued on Tuesday, as her flagship exchange-traded fund extended declines and its assets dropped below US$20 billion to the lowest since January.

The Ark Innovation ETF (ticker ARKK) slid one per cent as of 9:47 a.m. in New York. Caught in a broad tech selloff, the product has fallen for nine of the past 10 sessions, a retreat that accelerated on Monday in the biggest slide in about seven weeks.

Tesla Inc., the fund’s biggest holding, was down 3.5 per cent on Tuesday. Teladoc Inc., also heavily weighted in the ETF, dropped less than one per cent.

The stock rotation out of expensive-looking tech names is proving tough for Wood and her firm, Ark Investment Management, with investors pulling more than US$500 million from the main fund in May so far. 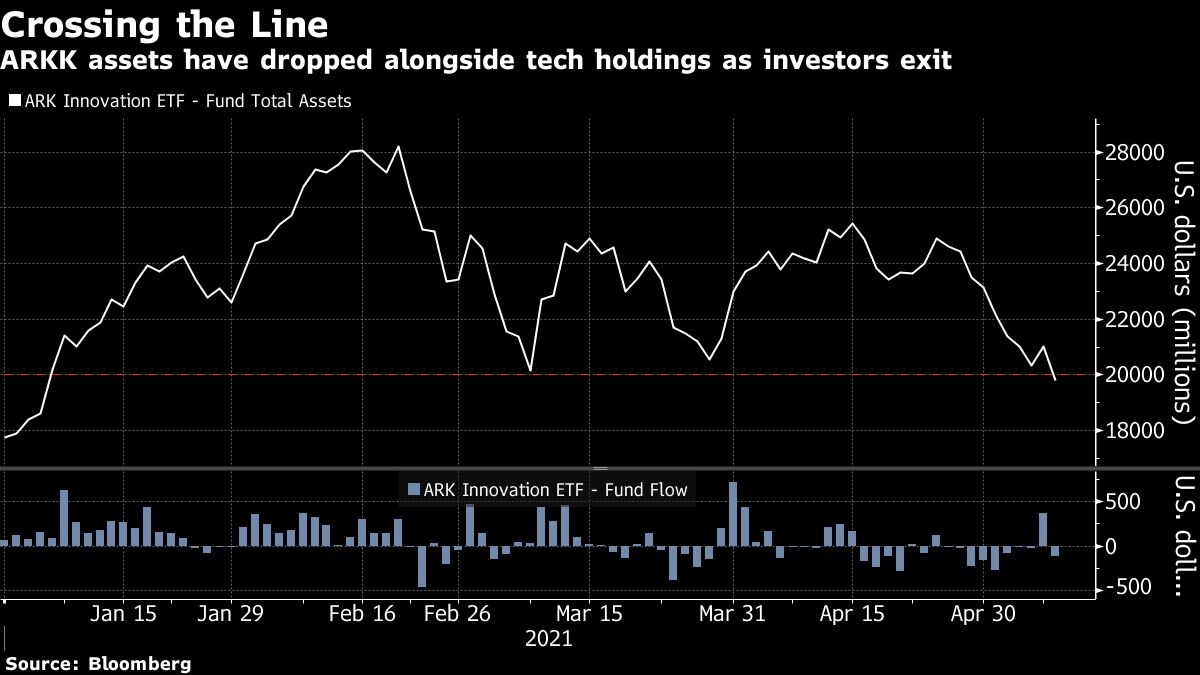 Big bets on the likes of Tesla and Bitcoin lured billions to Ark’s products, but more recently investors have been souring on the kind of pricey shares the money manager favors in companies with often unproven technologies. Other speculative corners of the market have also suffered, with an ETF tracking special-purpose acquisition companies slumping 20 per cent this year.

With ARKK down some 34 per cent from its February peak, options activity paints an increasingly gloomy picture. The number of bearish put contracts outstanding has jumped to a record. Short interest remains near an all-time high, according to data from IHS Markit Ltd.