McCreath: Bets that ARK Fund will decline are growing

Cathie Wood sold a near US$270 million stake in Tesla Inc. as the bond selloff hit rate-sensitive technology stocks to spur outflows from her growth-focused funds.

Some 11 per cent of the famous ARK Innovation ETF (ticker ARKK) is still betting on Elon Musk’s company, according to data compiled by Bloomberg. The firm tends to trim the stake when it rises above 10 per cent. Tesla has generally outperformed in the global rout hitting rate-sensitive investing styles, while ARKK posted one of its worst sessions in months on Tuesday.

Meanwhile data overnight showed money managers withdrew US$297 million from the growth-focused fund on Monday, the most since March, to bring the four-day outflow to more than US$660 million. 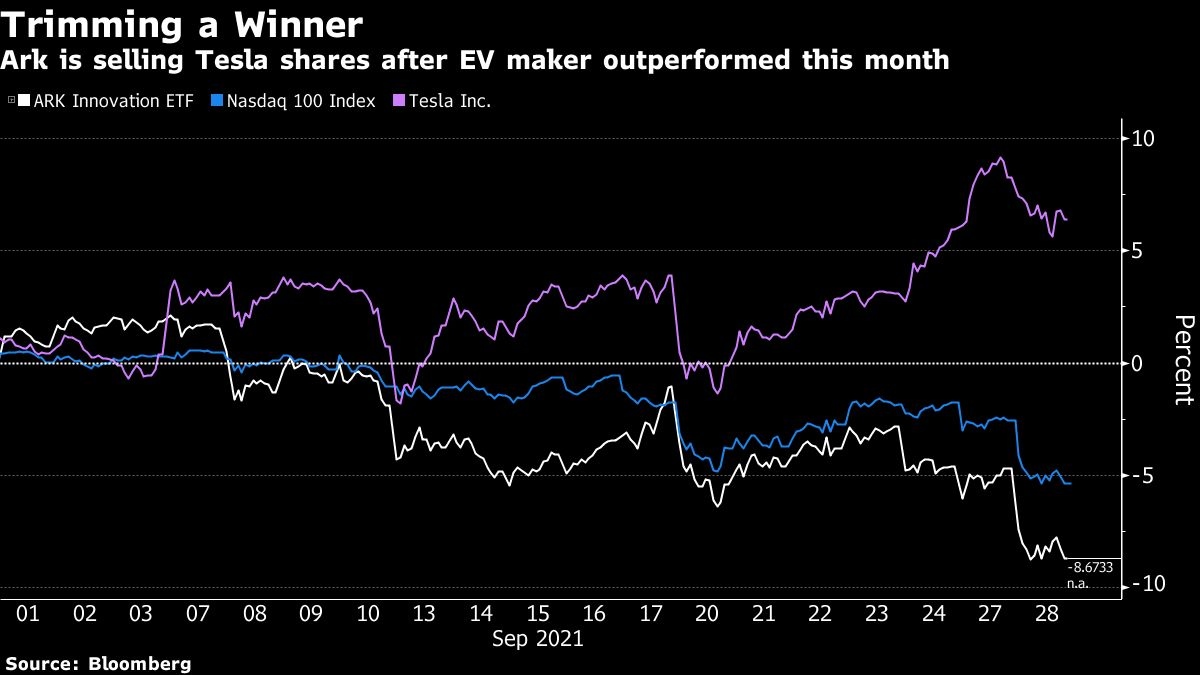 Since the Federal Reserve signaled last week a move to taper pandemic stimulus, Treasury yields have jumped and sent a shockwave through growth shares. Ark funds are heavily exposed to such names thanks to Wood’s focus on disruptive innovation and tech.

Tesla remains Wood’s largest bet as the biggest holding for the flagship ARKK fund as well as the firm overall. She predicts its shares will rise from around US$778 currently to US$3,000. However, Ark often trims its stake in the carmaker when it has performed very well or grown too large in the portfolio.

The carmaker was up 5.7 per cent this month through Tuesday, compared with a 5.2 per cent drop for the Nasdaq 100 tech gauge. ARKK was down 8.2 per cent. 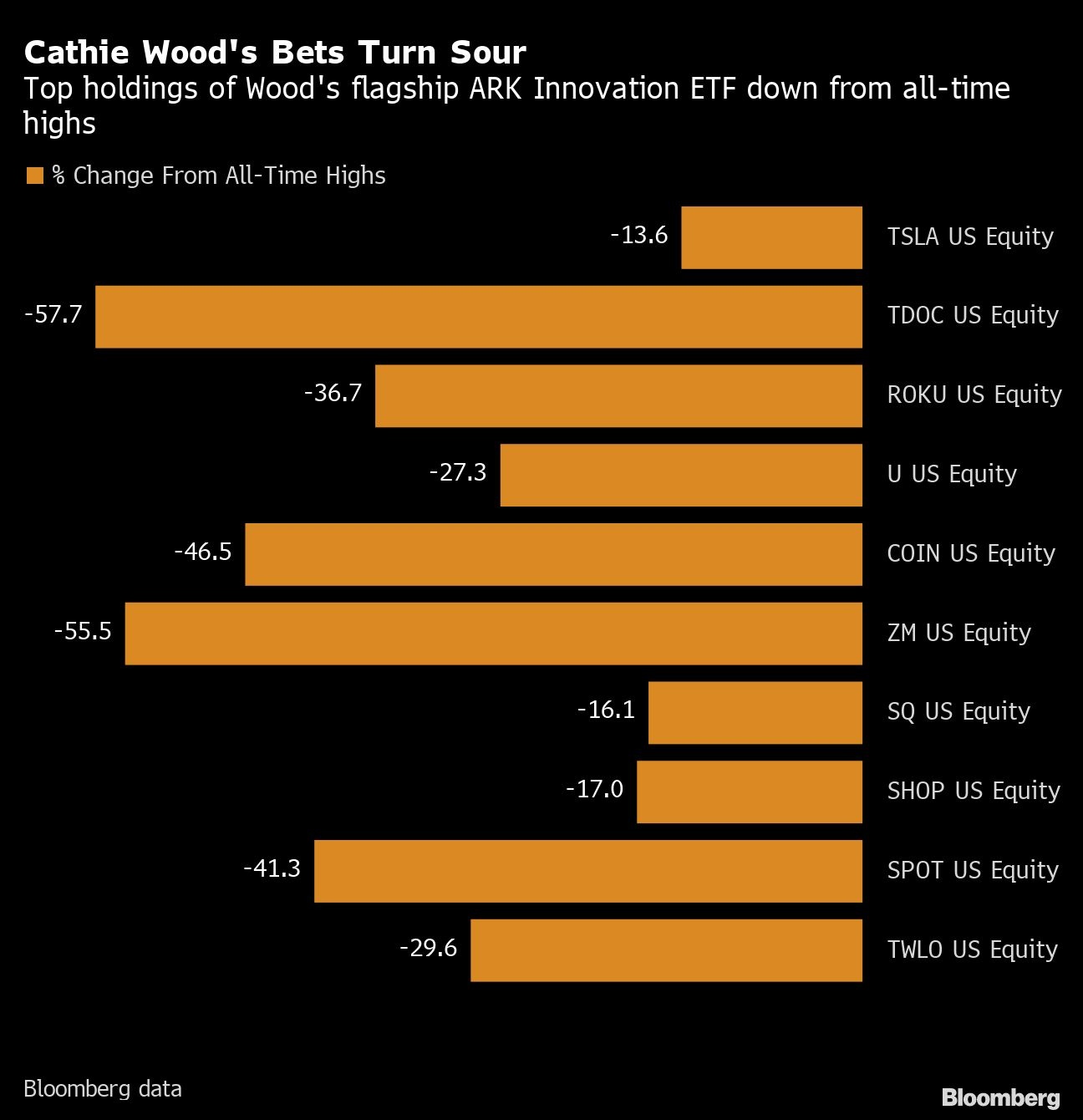 Trading arrangements for the Ark ETFs mean flow data arrives with a one-day lag, but given ARKK’s 4.2 per cent slump on Tuesday it’s likely there were more outflows in the latest session. If so, the amount of Tesla sold by the firm could have been higher than US$270 million, since the daily trading updates show only actions by the Ark team, and do not include redemption activity caused by investor flows.