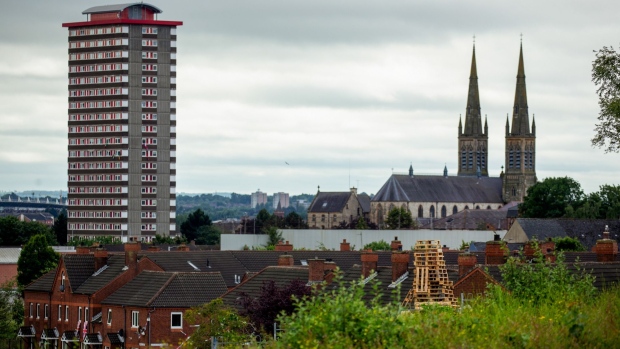 (Bloomberg) -- Catholics make up the biggest religious group in Northern Ireland for the first time since the state was formed a little over a century ago, a trend that will likely add fire to a debate over the region’s future in the UK.

While the prospect of reuniting the island for the first time since 1921 remains far off, religious identity has historically been a good indicator of attitudes to the region’s union with the UK. The trend chimes with rising support for nationalist Sinn Fein, which became the biggest party in Northern Ireland’s Assembly for the first time in May.

“This is really a historic milestone,” said Mary Murphy, Senior Lecturer in politics at University College Cork. “When you put it all together it does start to demonstrate a necessity” for Westminster to start thinking about when a vote on reunification might be called, she said.

How Irish Unity Got a Boost From Brexit, Demographics: QuickTake

The census also showed a drop to 32% in those who identify as only British, down from 40% in 2011. Brexit, which the biggest unionist party backed when Northern Ireland overall voted against it, has fueled the nationalist cause because of a growing negative view of the British government and dysfunction at the regional administration in Belfast. T

Under the terms of the Good Friday peace treaty of 1998, which largely ended decades of violence between unionists and nationalists, only the UK government can call a vote on Irish reunification, and then only if it appears likely a majority in Northern Ireland would back it. While recent polls have shown growing support for Irish unity in the longer term, surveys consistently show a majority back remaining in the UK if a vote were held today.

Not all Protestants are in favor of remaining in the UK and not all Catholics are nationalists. According to the census, 9% of the population wasn’t brought up with or doesn’t currently identify with any religion. This could point to fatigue over religious “labels” and might show some ambiguity or confusion about the constitutional question, according to Murphy.

(Updates data from second paragraph to reflect responses on upbringing.)