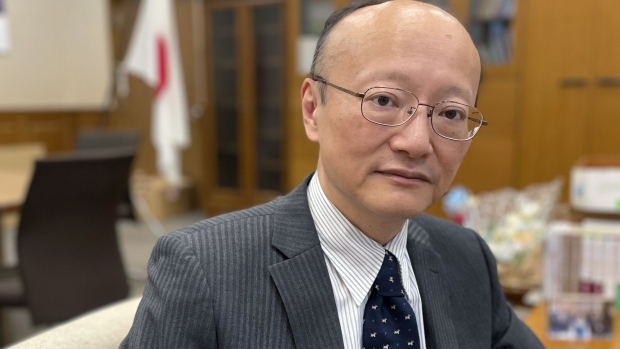 (Bloomberg) -- Japan may have cold feet on ESG bonds.

That was the impression left by top finance ministry official Masato Kanda this week. Kanda said a bigger market for bonds that take into account environmental, social and governance issues is a good thing, but he listed an array of hurdles that might make the government reluctant to leap in soon.

“There needs to be careful consideration so we don’t hastily issue ESG bonds just for the sake of it,” Kanda said in his first interview since becoming Japan’s vice finance minister for international affairs and its top currency official in July.

Like many countries, Japan has pledged to go net carbon neutral by 2050, but its borrowing practices differ from those in France, Germany, Italy and the U.K., where public pressure has helped push governments to issue sovereign ESG bonds. Canada is preparing a debut green-bond sale, too.

While Japan has taken smaller steps toward making its finances more environmentally friendly in recent months -- supporting some financing moratoriums on new coal projects and including ESG considerations in its foreign reserves -- Kanda suggested the finance ministry won’t rush to join an ESG bond bandwagon.

He said he’s concerned the bonds could burden future generations with more debt, if there’s no clear path to paying it back. The county’s financing activities could also come under pressure from outsiders in Europe and elsewhere making determinations about what sorts of projects qualify as ESG.

A ministry report earlier this year pointed out that lower liquidity in ESG bonds could lead to higher funding costs for the nation.