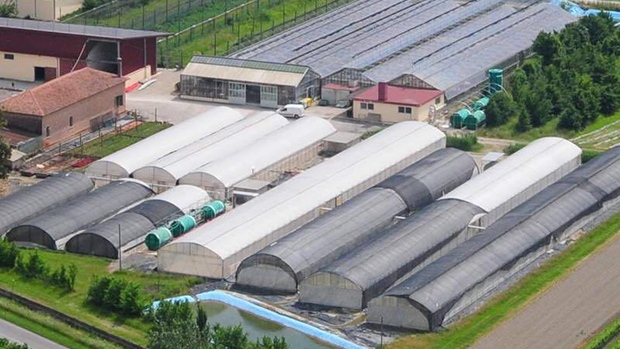 Cannabidiol (“CBD”) is quickly gaining traction as a home remedy for everything from seizures to anxiety. Currently, the U.S. is considering legalizing hemp, a non-psychoactive version of marijuana and a source of CBD, through the 2018 Farm Bill.

Right now, the bill’s passage is bogged down in an unrelated dispute between Republicans and Democrats over work requirements for food stamps, but if it were to pass, it would open a vast market for hemp-derived CBD products. According to an analysis by cannabis industry researcher the Brightfield Group, the market for hemp-based CBD could pass US$22 billion by 2022.

The passage of the farm bill will allow companies with hemp growing and CBD extraction operations to sell across state lines, increasing the size of the US market dramatically. It’s a catalyst that would emphasize first-mover advantage for companies that were able to become established early.

“We’re trying to be the lowest cost grower in every jurisdiction we work in. We can compete with anyone in indoor growing through our greenhouse process.”

Ready to Produce Hemp-based CBD at a Commercial Scale

As a company that offers infrastructure packages to cannabis-growers in Washington, California, and Nevada, Crop Infrastructure Corp. (CSE: CROP)(OTC:CRXPF)(FSE:2FR) is well-positioned to take advantage of the nascent — hemp-based CBD market.

With a 2,875-acre growing operation in Nevada, CROP aims to be one of the first GMP/ISO-certified producers of CBD isolate for the international market. The Nevada operation makes CROP one of the largest hemp operations in the United States and the largest in the state of Nevada. The company has also just announced a major 1,500,000lb 3 year supply agreement in the state with deliveries starting on August, 2019.

CROP has begun the fall harvest of the 240 acres that were planted in July and August. Once this harvest is dried, it will be delivered as biomass to its partner, an ISO compliant processor, for extraction. The resulting isolate will then be white labeled and sold under the companies’ brands Hempire and Tiffany CBD as various products.

In the press release, Crop Infrastructure Director and CEO Michael Yorke commented, “Having a full year of tenant production next year on the total acreage, along with the strong uptrend in the CBD market, should position the company, its tenants, and its brands for a very exciting 2019.”

A Smart Business Model for Cannabis-Legal Jurisdictions in the U.S.

Yorke’s reference to CROP having tenants highlights the company’s business model. Due to traditional forms of financing being largely off-limits to would be growers in the U.S., CROP has used its access to Canadian capital and its relationships with state banks to build turnkey operations for its tenant growers.

CROP finances the acquisition of land and infrastructure with its own capital then leases these assets to licensed cannabis producers. The loans CROP provides are repaid on a 60/40 preferential split until the company recoups all its deployed capital. The company then collects a perpetual 30 per cent management fee on the growing operation’s profits via leasing, licensing, branding and management fees. These growing operations are state-of-the-art and designed to operate profitably, even in the current competitive environment that exists in pot-legal U.S. states.

Yorke comments, “We’re trying to be the lowest cost option in every jurisdiction we operate in. We can compete with anyone in indoor growing through our proprietary greenhouse process. We have the best product at the lowest price, so we can be selling for $300 a pound and still make decent margins.”

Revenue to Flow from Key Markets in Fourth Quarter of 2018

CROP is on track to have revenue flowing from three of its U.S. facilities in Washington, California, and Nevada, as well as Italy in the fourth quarter of 2018.

In California, CROP’s tenant grower recently received THCA results of 23.9 percent and the product passed all testing for impurities. The company is pleased with these results and believes it will continue to produce high-end cannabis from this facility with the intent of expanding the size and scope of the operation. Michael Yorke states “We anticipate our light-supplemented greenhouses will get much higher yields, but we are pleased with these initial results.”

The companies’ California project is nearly complete testing and expects cashflow to begin from the sale of its harvest shortly. The Park, one of CROP’s Washington facilities, is weeks away from having its tenant grower begin their continual monthly harvests. In addition to Washington, CROP’s Nevada operation is harvesting and will be sending dried hemp to its processing partner for CBD extraction.

CROP is also working with its JV partner XHemplar to produce CBD isolate and CBD products from its high-CBD hemp operation in Italy. Together they recently announced the lease of an 87,120-square-foot greenhouse facility. This is a strategic acquisition that works well with their plans to be vertically integrated from seed to sale.

Although cannabis has recently become legalized recreationally in Canada, CROP management believes the more lucrative long-term markets are in the U.S. and Europe. Assuming the U.S. farm bill passes, hemp-based CBD producers could see a substantial boost in demand. With more cannabis infrastructure projects planned for key growth markets, CROP is in a position to thrive regardless of what happens with the bill.