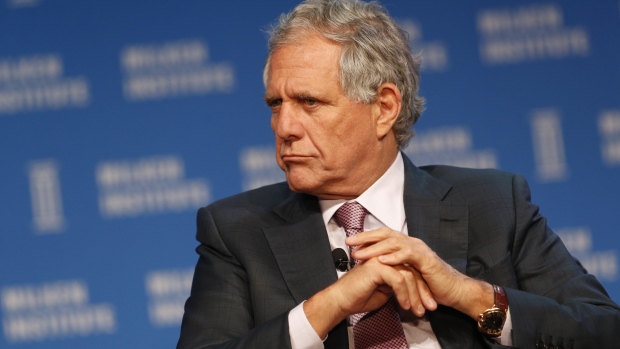 (Bloomberg) -- CBS Corp. executives sold more than $200 million in company shares before disclosing to the public claims of sexual harassment against former CEO Les Moonves and other network officials, a California pension fund claimed in an updated lawsuit.

A group of executives, including Moonves, acting CEO Joseph Ianniello, Chief Accounting Officer Lawrence Liding and former Chief Communications Officer Gil Schwartz sold 3.4 million shares from the start of 2017 through mid-2018, before The New Yorker published allegations by women against Moonves and others at the network, according to the new complaint, filed Monday night by the Construction Laborers Pension Trust for Southern California.

The California pension fund is the lead shareholder in a suit that seeks to represent claims by investors who say they were harmed when the market learned of the allegations against CBS executives and the company’s share price dropped. U.S. District Judge Valerie Caproni hasn’t yet ruled on whether the case can go forward as a class action on behalf of all purchasers of CBS Class A and Class B common stock from Sept. 26, 2016, to Dec. 4, 2018.

“The timing and amount of the class-period CBS stock sales by these executives were unusual and suspicious, and further demonstrate defendant Moonves, Ianniello and Liding’s motive to commit fraud,” the pension fund said in its amended complaint.

CBS spokesman Dana McClintock had no immediate comment on the new complaint.

The original case was filed in August, within weeks of the New Yorker story.

To contact the reporter on this story: Bob Van Voris in federal court in Manhattan at rvanvoris@bloomberg.net

To contact the editors responsible for this story: David Glovin at dglovin@bloomberg.net, Peter Jeffrey