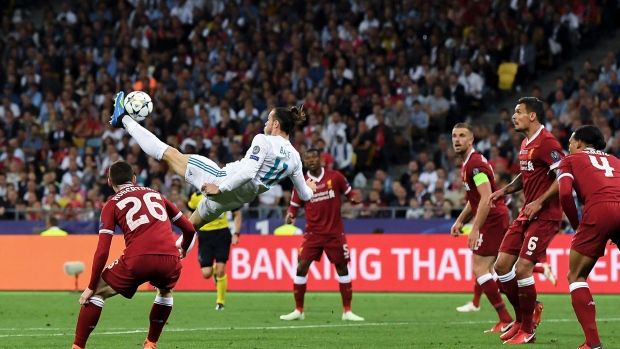 (Bloomberg) -- CBS Corp. has acquired the U.S. broadcast rights to the UEFA Champions League, European soccer’s biggest annual event, according to a report from the Sports Business Journal.

CBS will have English-language rights to the event for three seasons starting in 2021, taking over when the current agreement with AT&T Inc.’s Turner Broadcasting ends. Univision Communications Inc. will retain the Spanish-language rights, which it has held since last year.

The two networks are paying a combined $150 million a year for the package, according to SBJ. That’s up from the roughly $100 million that Turner and Univision were paying under the current deal.

Held annually, the Champions League crowns European soccer’s top team, with clubs competing from across the continent, including England, Italy, Germany and Spain. This year’s final, won by Liverpool over Tottenham Hotspur, averaged 1.5 million viewers on TNT. That was a dip from previous over-the-air broadcasts on Fox but the Champions League’s most-watched game on cable TV.

CBS’s successful bid may signify the company’s increased interest in sports. The network’s $11.7 billion reunion merger with Viacom Inc. is expected to close sometime in the next few months.

Once the new deal kicks in, games will air on the main CBS broadcast channel, plus its sports cable network. They will also likely be available on the company’s digital offering, CBS All Access.

To contact the reporter on this story: Eben Novy-Williams in New York at enovywilliam@bloomberg.net