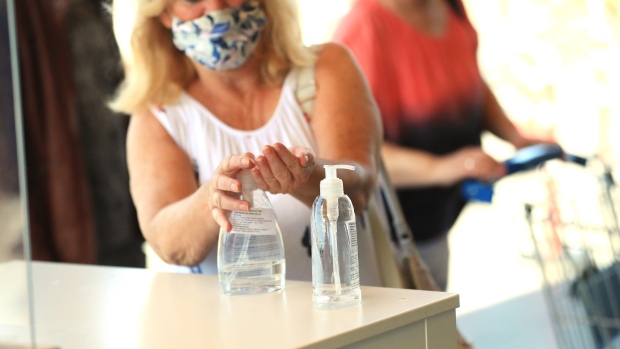 A customer uses hand sanitizer gel at the entrance of an Ikea AB store in Berlin, Germany, on Wednesday, May 20, 2020. Officials in continental Europe’s major economies are closely monitoring coronavirus data for signs of a resurgence in infections as restrictions on daily life are phased out. Photographer: Krisztian Bocsi/Bloomberg , Bloomberg

The company's board also approved a 18-cent-per-share dividend for non-voting shares, and shares rose more than 8 per cent heading into Friday's close.

Chief executive Geoffrey Martin said the company dealt with dramatic changes in demand during the quarter, with some essential businesses almost doubling while other product lines evaporated.