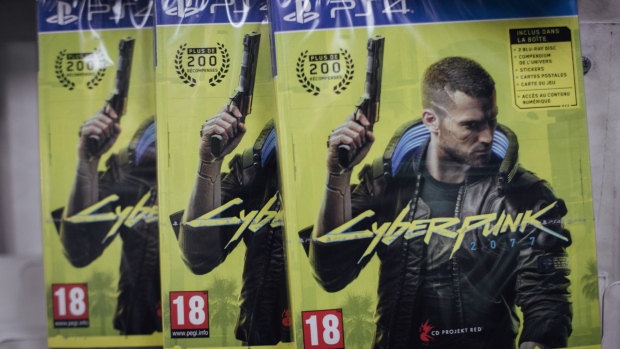 Copies of the Cyberpunk 2077 computer game, produced by CD Projekt SA, for the PlayStation 4 (PS4) console in a video games store in Paris, France, on Thursday, June 17, 2021. The reinstatement of Cyberpunk 2077 to the PlayStation store will help CD Projekt SA with the marketing of games series but may not make much of a difference for its bottom line until a new version of the futuristic role-playing game is ready, according to BOS Bank SA analyst Tomasz Rodak. , Bloomberg

After a disastrous rollout of the highly anticipated Cyberpunk game last year, versions for the PlayStation 5 and Xbox Series X will now not be launched until the first quarter of 2022, the company said in a tweet. The Witcher 3 will follow in the second quarter. Both releases had previously been planned for this fall.

“Apologies for the extended wait, but we want to make it right,” the company said on Twitter.

CD Projekt American depositary receipts fell as much as 5% Wednesday on the news.

CD Projekt has faced turmoil since the December 2020 release of Cyberpunk 2077, which was widely panned for a number of glitches and other issues. The company was also the victim of a massive hack that disrupted work and led to the leak of employees’ personal information.