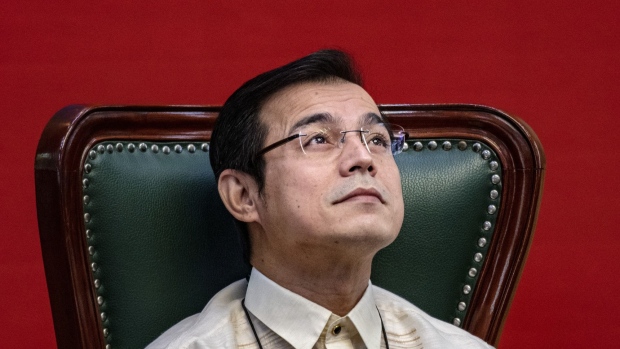 (Bloomberg) -- The movie star turned mayor of Manila will declare his bid on Wednesday for the Philippine presidency in next year’s elections, posing the biggest challenge to President Rodrigo Duterte’s plans to extend his hold on power.

The Manila mayor’s entrance heats up a crowded presidential race as he is the nearest rival to Duterte’s daughter, Sara, in a presidential preference survey carried out in June. While Duterte’s daughter has since said she will no longer seek the presidency in next year’s elections, her father accepted his party’s vice-presidential nomination with his aide-turned-senator Christopher “Bong” Go as a potential presidential candidate.

Moreno is now the third politician to confirm joining next year’s presidential race. Aside from him, boxer-turned-senator Manny Pacquiao, who is from the same ruling party as Duterte, launched his bid over the weekend, while Senator Panfilo Lacson declared his run earlier this month.

The son of late dictator Ferdinand Marcos has said he’s eyeing a national post in the 2022 elections.