For a few fleeting hours Thursday, shares of Cenovus Energy Inc., one of Canada’s biggest oil producers, bounced back to highs not seen since its massive stock issuance to buy assets from ConocoPhillips four-and-a-half years ago.

Cenovus extended three days of gains to rise as much as 6 per cent at midday to $17.53, briefly eclipsing a price it last enjoyed in March 2017 before the company announced a $17.7 billion deal to buy the majority of ConocoPhillips’ oil sands assets and its Canadian natural-gas business. Investors criticized the cost (about US$13 billion at the time) and the scale of the share issuance to finance the purchase.

The deal prompted an immediate selloff from which Cenovus only now has almost fully recovered. The stock closed at $17.24, up 4 per cent but still just off its closing price the day the ConocoPhillips transaction was unveiled. 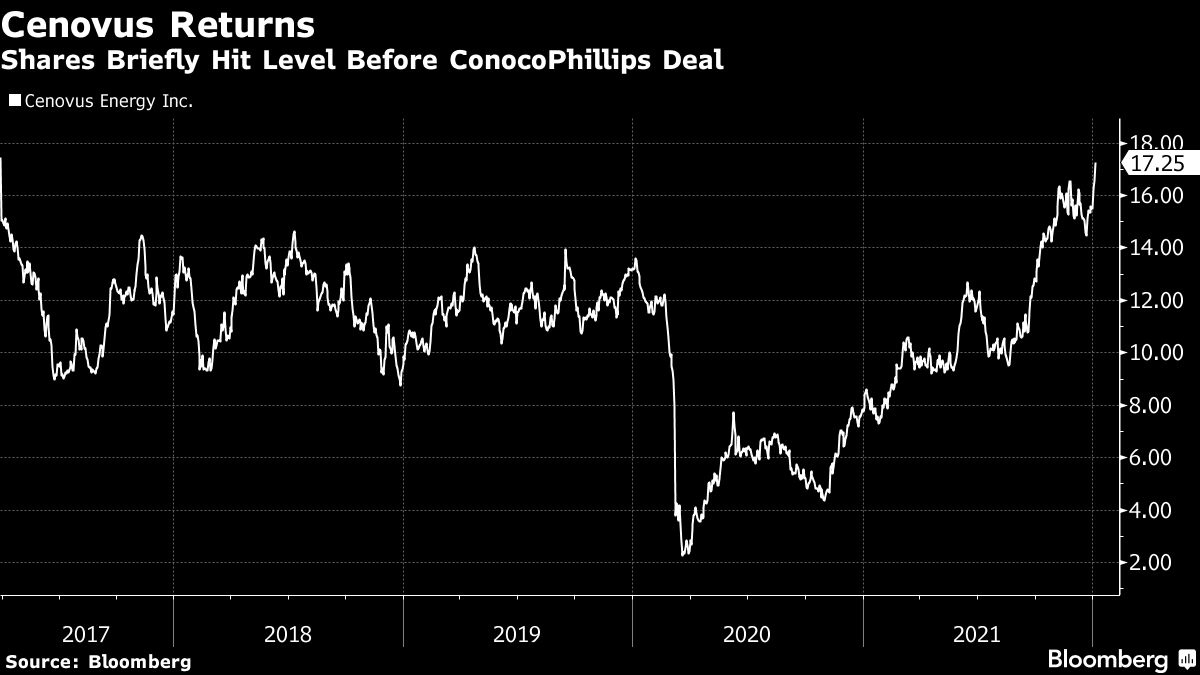 “It’s taken a number of years to get back to where it was then, which just goes to show not just the importance of good management and a good board but also of a proper regulator,” said Len Racioppo, founding partner with Coerente Capital Managment Inc., who attempted to stop the deal from closing by raising objections about dilution rules at the Ontario Securities Commission, Alberta Securities Commission and Toronto Stock Exchange. “We were quite upset and eventually got out of most of it,” he said, meaning he’s sold most but not all of his Cenovus position.

“The damage to the stock on the heels of that deal was warranted,” Eight Capital analyst Phil Skolnick said by phone, adding the price was high and the ConocoPhillips share block created an overhang on the stock.

Skolnick said Cenovus’ new management team has helped reset the perception of the stock, which is up 101 per cent over the last year as oil prices have risen and debt has been repaid. Cenovus didn’t respond to a request for comment.