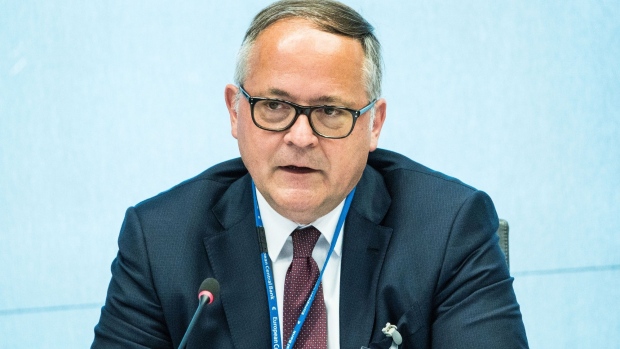 Central bankers sought to play down concerns that their efforts to develop digital currencies will take business away from the financial industry.

Benoit Coeure, the head of the Bank for International Settlement’s Innovation Hub, which was expanded to Stockholm on Wednesday, said commercial lenders should look at central bank digital money “as an opportunity that will enable them to offer new services to their customers, as part of a broader set of new technologies.”

Monetary authorities from Sweden to China are working on their own digital currencies as the dwindling use of notes and coins threatens to upend traditional payment methods. Meanwhile, the emergence of cryptocurrencies such as Bitcoin has added to pressure on central banks to ensure they have a viable alternative before unregulated payment forms take over.

But the prospect of a digital currency controlled by central banks has some corners of the commercial banking world worried, amid concerns they’ll lose control of customer flows. Fitch Ratings recently warned that the widespread adoption of CBDCs could disrupt financial systems if not properly managed. Risks include the sudden flow of funds into CBDC and out of bank deposits.

Coeure said the most likely setup will be a two-tier model, whereby digital currencies would be issued by central banks but distributed by commercial lenders.

Cecilia Skingsley, the first deputy governor of Sweden’s Riksbank, said central banks will play a “focused and narrow role” in providing the infrastructure on which the private sector can build, “and that’s where we are going to stay.”