Huge commodity gainers this year that are not lumber and copper

The surge in commodities prices is failing to trigger some of the traditional responses in bonds and currencies.

Unlike recent commodities rallies in 2008 and 2011, yields on Treasuries and currencies of major exporters like Australia have barely budged. Likewise, the Federal Reserve’s favored measure of inflation expectations has disconnected from moves in raw materials.

The biggest buffer: Central bank credibility. Led by the Federal Reserve, policy makers have consistently doubled down on lower-for-longer rates and projections for “transitory” inflation. That’s left investors wary to bet against commitments to keep policy loose for the foreseeable future. 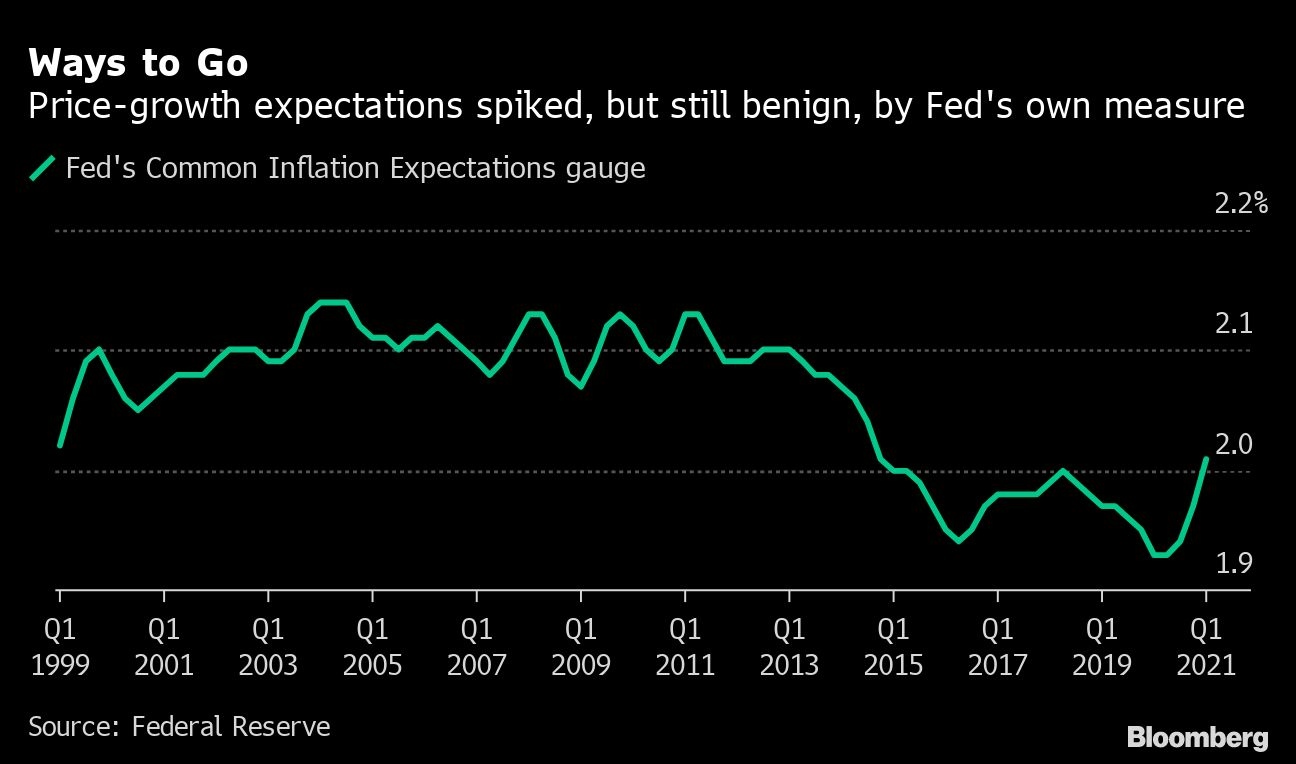 “The big change this time around is central bank policy,” said Kerry Craig, global market strategist at JPMorgan Asset Management in Melbourne. Ultra-easy monetary policy is now “weighing down currencies that would have naturally risen a lot more during a cycle where commodity prices are rising.”

The Australian and New Zealand dollars -- two major currencies whose fates usually rely heavily on trends in commodities consumed by China’s booming economy -- are indisputable laggards. Each has increased less than 0.5 per cent over the past three months. The Canadian dollar, meanwhile, has surged almost 5 per cent as the central bank signaled it may dial back stimulus. 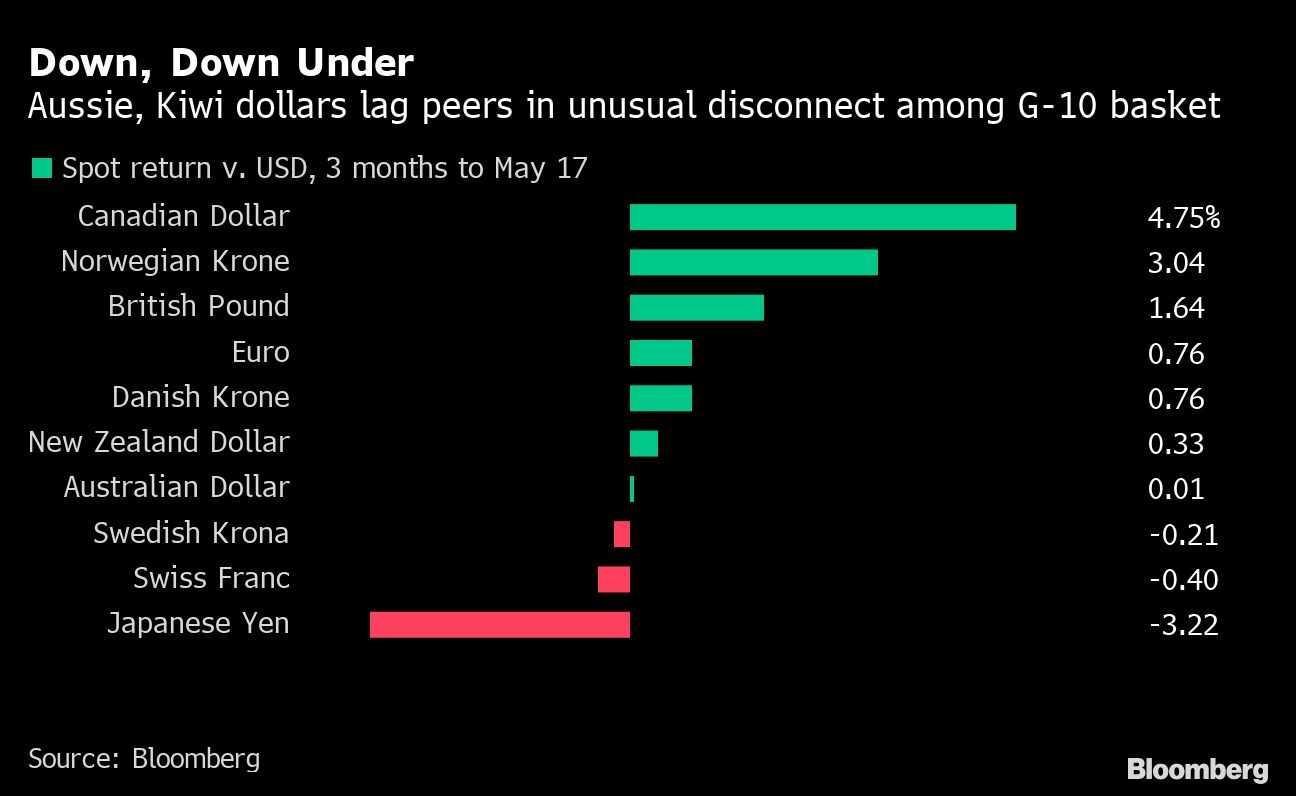 Last week, both the U.S. consumer and producer price index reports surprised to the upside, adding fuel to the global inflation debate on the heels of strong Chinese producer price data. Yet the market reaction was relatively muted after the PPI figures -- with 5-year and 10-year yields easing alongside a weaker greenback.

The Fed’s own new “common inflation expectations” gauge, which aggregates a range of such measures, is hovering around 2 per cent, a level that officials want to see overshot for some time.

Meanwhile, prices have accelerated for materials as disparate as copper, cotton, rubber and lumber, as well as semiconductors, amid supply disruptions and surging demand.

The disparity is a sign of the times amid an evolution -- perhaps revolution -- of central banking. The Fed’s commitment to run the economy hot has rattled markets in part because it means abandoning what has long been a core of their strategy: to act preemptively to curb inflation.

In this brave new world, market participants are still grappling with whether to trust that officials will act before price surges get out of control and do more harm than good -- balanced against the full-employment mandate.

That message is getting through to traders of the Australian and New Zealand currencies, while for others, hints of monetary policy tightening are giving reason to pile in.

“The Bank of Canada and Norges Bank are the only central banks in the developed world to give an unambiguous signal that they’re contemplating withdrawing monetary accommodation,” said Stephen Miller, Sydney-based investment consultant at GSFM, a unit of Canada’s CI Financial Corp. “The RBA has been so aggressively beating the drum on keeping the pedal to the metal that it’s worked in terms of keeping the Aussie lower despite iron ore prices soaring.”

A closer look at breakeven rates offers further evidence that investors largely aren’t acting on any inflation worries. The U.S. 10-year breakeven, which has jumped to an eight-year high, isn’t sending a clear runaway-inflation message when viewed against long-term trends.

If potential for runaway inflation were the trigger, the spot and forward breakeven curves would be upward-sloping, Cornerstone Macro analysts, led by ex-Fed official Roberto Perli, said in a May 11 report. Yet both are inverted, implying a market bet that inflation is temporary.

To be sure, some of the usual correlations have broken down due to other pandemic-related worries. The Philippine peso, which usually moves in inverse with oil prices, is relatively stable given that inflation is damped by weak economic growth. That relationship underscores the central banking mantra these days that growth and employment should remain a greater focus than prices.

Looking ahead, persistence in materials prices and further hints of wage gains could start to sway the Fed’s message -- and build momentum for investors to respond.

“Recent record highs in metal prices are probably just the beginning,” Howie Lee, an economist at Oversea-Chinese Banking Corp., said in a May 11 report. Chinese demand and green-economy investment should keep iron ore and copper, especially, on the upswing, he said.