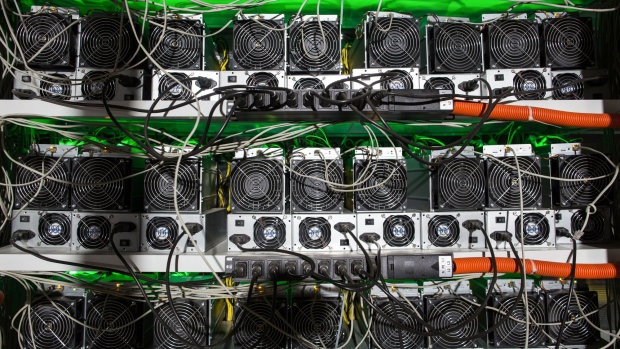 Racks of application-specific integrated circuit (ASIC) devices and power units operate inside a rack at the BitRiver Rus LLC cryptocurrency mining farm in Bratsk, Russia, on Friday, Nov. 8, 2019. Bitriver, the largest data center in the former Soviet Union, was opened just a year ago, but has already won clients from all over the world, including the U.S., Japan and China. Most of them mine bitcoins. Photographer: Andrey Rudakov/Bloomberg , Bloomberg

OTTAWA -- A senior official at the Bank of Canada says central banks should have their own digital currency ready as an alternative if they decide to say no to one being developed by Facebook.

The social media giant has spent the last 16 months or so developing a digital currency it calls Libra.

If regulators decide to block Libra's use in a given country, Lane says a central bank should have its own digital currency ready for people to use.

The Bank of Canada has been developing its own digital currency at what Lane describes as "a good pace."

Lane made the comments today during an online panel discussion hosted by the Central Bank Payments Conference.