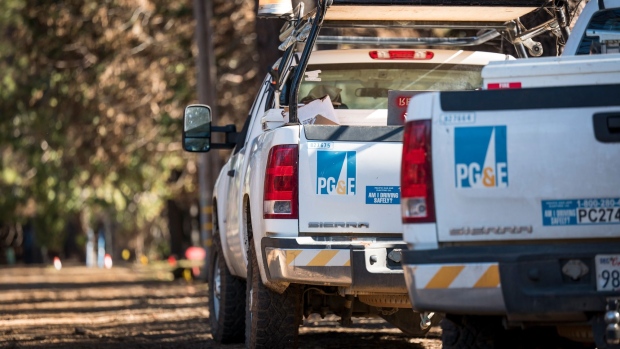 Bill Johnson, who joined the company in May, received $1.7 million in base salary, plus a $3 million bonus, $2.3 million in stock awards, $11.1 million in options and more than $400,000 in other compensation, according to a PG&E filing with the U.S. Securities and Exchange Commission Tuesday.

The options have exercise prices of $25, $40 and $50. Johnson can only cash them in if the company’s stock price exceeds those thresholds. PG&E fell as much as 8.8% Wednesday to $8.70 per share.

“Bill Johnson’s compensation plan is in line with those of other companies in similar situations,” PG&E said in a statement. “The compensation paid cannot by law be funded by customer rates.”

Johnson’s predecessor, Geisha Williams, earned $3.4 million in total compensation for 2019, even though her tenure ended just 13 days into the year. It included about $190,000 in salary and a $2.6 million severance payment, according to the filing. Williams’s total compensation in 2018 was $9.3 million.

The utility plunged into bankruptcy in January 2019, facing an estimated $30 billion in liabilities from deadly wildfires blamed on its equipment. Johnson steered the company through a tumultuous year that included shutting off power to millions of Californians during autumn wind storms to prevent more fires. The company is now pushing to emerge from bankruptcy by June 30.