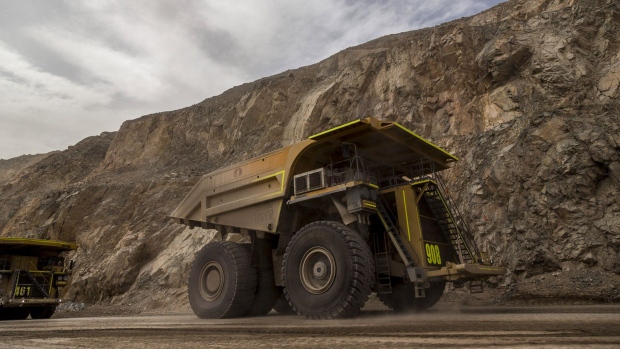 A proposed 3% royalty on copper sales that’s about to go before Chile’s senate would squeeze higher cost mines when prices of the metal inevitably fall, said Ivan Arriagada, chief executive officer of Antofagasta Plc, which is controlled by the Luksic family. The current sliding royalty on profit should be allowed to play out in today’s high-price environment rather than introducing a new system, he said.

As the top copper-producing nation prepares to draft a new constitution after the biggest spate of social unrest in decades, opposition lawmakers are seeking a larger piece of the metal windfall to fund social and environmental programs. While Arriagada understands the need to lift government revenues, he said a tax on copper sales risks inhibiting development in the industry.

“Taking into consideration the competitiveness of the industry on a global basis is quite important,” he said in an interview. “A long-term perspective on public policy is absolutely crucial.”

His comments were echoed by participants at a CRU copper conference Monday, with Chile’s Energy and Mining Minister Juan Carlos Jobetcalling the tax bill unconstitutional because its was presented by the opposition.

Arriagada expects the constitutional process -- while challenging and not without risks -- eventually will bring greater social cohesion and stability, befitting the industry. Mining has a key role to play in helping expand social services and public goods, not only through taxes but also high-paying jobs and supporting vendors and innovation, he said. As long as the industry has incentives to grow, “then it will contribute more to the country,” he said.

Some kind of tax changes will be needed, Arriagada said. “I would expect that a sound reform which is predicated on long-term economic principles would have all sectors in the economy contributing in the long term and I don’t think that an industry needs to be singled out.”

Stressing a long-term approach is part of his copper view. While the market is well supported by recovering economies and an accelerated transition to clean energy, it isn’t in a supercycle. “I don’t think there is anything structural that’s changing from what we had before.”

More From the Interview

(Updates with comments from conference in fifth paragraph)