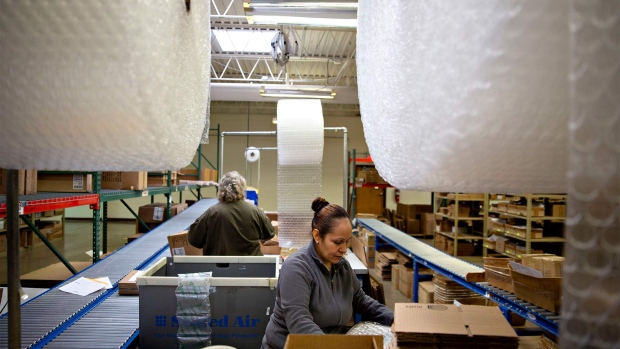 Paul Shekoski is not sitting idly by waiting for the U.S.-China trade war to end.

Shekoski’s company relies on imports of weather-monitoring devices it has made in China. But last year, it paid more in duties than it made in profit because of President Donald Trump’s tariffs. Now he’s examining every legal option to avoid the duties -- including relocating his production to Mexico.

“It has the potential of putting us out of business if we don’t do anything,’’ Shekoski, chief executive of the Wisconsin-based Primex Family of Companies, said by phone from Hong Kong, where he was investigating potential changes to his Chinese supply chain.

Primex isn’t alone in exploring the lost art of avoiding U.S. tariffs, especially after Trump focused on China for what he calls unfair trading practices. The president’s duties on US$250 billion of Chinese goods -- with an increase in tariffs to come unless a trade deal with Beijing is reached by March 1 -- have affected U.S. companies big and small. Apple Inc. lowered its first-quarter outlook after demand for the iPhone in China slowed more sharply than expected, and the company’s suppliers in China are considering shifting production.

“The general thing we’re hearing is the frustration at the lack of certainty. That’s what’s causing the most anxiety,” said Stephen Orava, a trade lawyer at King & Spalding LLP.

For companies caught in the trade war, the options for mitigating exposure to tariffs range from a simple change in paperwork to creative “tariff engineering” and the overhaul of supply chains often developed over decades. It’s forced some executives to consider how far they can push the legal boundaries to avoid paying tariffs of as much as 25 per cent.

“It would almost be something that would be a firing offense if you’re in charge of supply-chain management and you don’t point out to someone that you could save 25 per cent tariffs,’’ said Amanda DeBusk, a former Commerce export enforcement official who now is chair of Dechert LLP’s international trade practice.

Primex has already tried some first steps that companies often take to mitigate the tariffs: trying to pass on the added costs and checking if their products were properly classified under U.S. tariff codes. Some items incorrectly categorized in the past went unnoticed because no duties were applied, said Randy Rucker, a trade lawyer representing Primex.

The company also filed 79 requests with the Office of U.S. Trade Representative for exclusions from the tariffs. Decisions are based on whether a product is available only from China, if duties “would cause severe economic harm” to the company or U.S. interests, and whether the item is strategically important. All of Primex’s requests were denied.

“We were like, ‘You’re about to put a 75 year-old company out of business?,’’’ Shekoski said. “Why would it not be economic harm?’’

Other options for avoiding duties involve “tariff engineering.’’ That means altering the production of a product to meet the definition of “substantial transformation” so its “country of origin” can be changed, or modifying the product so it falls under a different import classification without tariffs.

U.S. Customs and Border Protection polices any fraudulent activity, and companies are “figuring out how comfortable they are in pushing that line and getting as close to that line as possible,’’ said Melissa Duffy, an international trade lawyer at Dechert.

A classic case is Ford Motor Co. importing its Transit Connect vehicles as passenger vans -- at a 2.5 per cent duty -- then removing a row of seats and other features so they can be sold in the U.S. as cargo vans, which are charged a 25 per cent duty. Customs officials objected, and a federal hearing on the case is set for March 11.

Primex doesn’t have the ability to change its products and is exploring whether its plastic injection molding process can be moved out of China to change the country of origin, Shekoski said. The best long-term option may be moving production to Mexico, which would shorten the supply chain but also take about two years at a cost of about US$5 million, he said.

Another option for avoiding tariffs that’s not available to Primex is to create or expand a foreign free-trade zone or enroll in the federal duty-drawback program. That allows refunds of duties paid on imported Chinese goods if they are later exported as a comparable product.

“Companies are looking at every single way that is available to them, and what they are finding is that it takes a patchwork of solutions,’’ DeBusk said. “There’s no silver bullet.’’