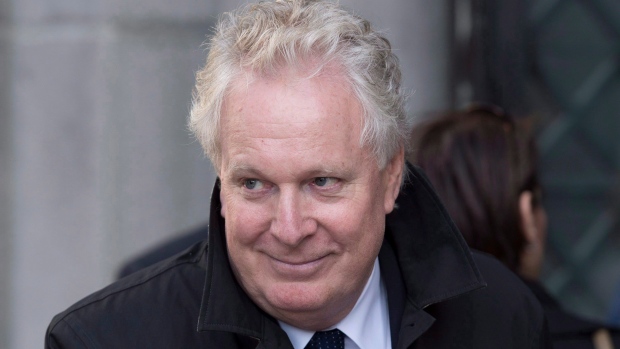 Former Quebec Premier Jean Charest heaped praise on the Comprehensive Economic and Trade Agreement (CETA) as it cleared another major hurdle towards implementation on Wednesday.

Charest has been involved in helping push the deal between Canada and Europe for a decade, and said getting the deal – which still requires clearance from more than 30 national and regional assemblies in Europe – this close to ratification is a major milestone.

“What we have is the new world gold standard when it comes to trade,” Charest told BNN of the agreement. “[It] touches upon the government procurements that, for the first time ever in the history of Canada, has the provinces on board because they’ve all committed and were part of the negotiation, which is extremely significant for us because it means a more profound, more significant deal.”

Charest believes CETA – which has faced opposition in Europe, particularly from the Wallonia region of Belgium – is a win for Canada in its opening of a significantly larger free trade base. He believes the deal could be a boon to Canada-Europe trade, which totaled $67 billion in 2016.

“I think we can double the amount of trade we’re doing with Europe within the next 10 years,” Charest said. “This is the richest consumer market in the world, with 500 million people. For us, it represents a very big opportunity.”

HAVE YOUR SAY: Are you in favour of CETA? https://t.co/dQaKdZaYro

The deal would also serve as a hedge against "collateral damage" Canada might face as the world reacts to the Trump administration, according to Charest.

The President said U.S. trade with Canada merely required a ‘tweak’ in a joint press conference with Prime Minister Justin Trudeau on Monday, but Charest exercised caution in predicting what that might mean in practice.

Pleased to finally see the Europeans ratify our CETA free-trade deal. Good news for Canada and the Canadian economy.

“I’m just hoping the word ‘tweak’ means what it means, because the other real danger we know in the case of the United States and the present administration is being collateral damage,” Charest said. “Maybe there’s something that they will do or will happen that has nothing to do with Canada but will hit us. And that’s the real danger.”

“But to hear the President say ‘tweak,’ I think, was a relief for everyone, relative [to] where he is with other countries like China and Mexico.”