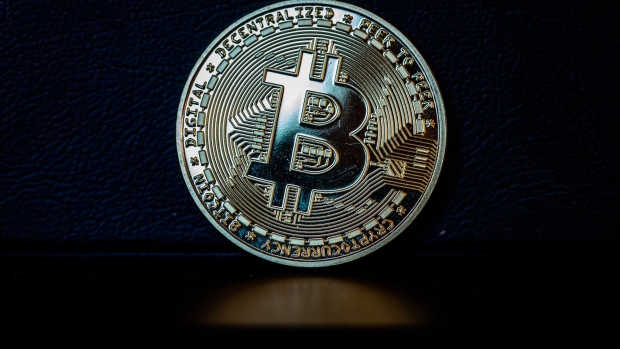 A Bitcoin logo carpet design on the floor of a cryptocurrency automated teller machine (ATM) kiosk in Warsaw, Poland, on Tuesday, May 24, 2022. , Piotr Malecki/Bloomberg

(Bloomberg) -- The main US derivatives regulator is the latest authority to seek penalties from a Bitcoin trader that’s been accused by South African officials of operating a massive crypto Ponzi scheme.

The Commodity Futures Trading Commission said Thursday that Mirror Trading International Proprietary Ltd. and its leader Cornelius Johannes Steynberg between March 2018 and 2021 bilked at least 23,000 Americans out of Bitcoin investments that were worth $1.7 billion at the time.

Chavonnes Cooper, one of the liquidators appointed for Mirror Trading, said they were reviewing the CFTC lawsuit. Steynberg couldn’t be reached for comment.

Mirror Trading operated as “an international fraudulent multilevel marketing scheme” that collected money from people to invest in an unregistered commodity pool, the CFTC said in complaint filing in federal court in Texas.

The CFTC, which is seeking restitution for investors and a range of penalties, is the latest government agency to take legal action against Mirror Trading and Steynberg. According to the regulator, Steynberg is a fugitive from South African law enforcement and was detained in Brazil.

According to the CFTC, Steynberg told participants and prospective investors that the company had an artificial intelligence bot and a team to trade and earn high profits for the pool’s account. But the company misappropriated almost 29,000-plus Bitcoin it received from participants, according to the CFTC. In fact, the agency’s complaint says the firm deposited just over 1,800 Bitcoin for trading and lost around a third of them. There also was no bot, the regulator said.

(Updates with comment from Mirror Trading liquidator in third paragraph.)