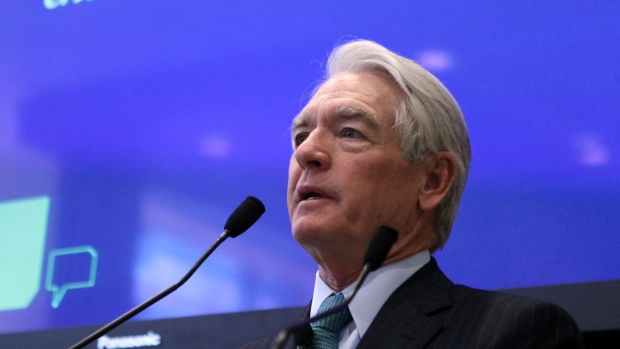 To Charles Schwab, who brought stock-market investing to the masses with his eponymous discount brokerage, socialism evokes a grim, unremitting sameness — a death knell for creativity.

“If you’d like socialism, we all drive the same car or have the same colour house or same size of house, blah, blah, blah — we're all the same fundamentally,” he said recently in an interview at the company’s Wall Street office.

So wealth taxes like those proposed by presidential candidate and Democratic Socialist Bernie Sanders and rival Elizabeth Warren are not exactly something the entrepreneur supports. In Schwab’s view, a wealth tax is an innovation-killer, and therefore a capitalism-killer. Reward systems are important because they reward people who come up with great ideas, he said. He points to Steve Jobs and the iPhone, and how it unleashed a flood of creativity as entrepreneurs created applications for it.

“It’s one little aspect of America’s great growth,” said Schwab, who has a net worth of US$7.8 billion. “No other country has the creativity this one does. It’s not by luck, it’s because of our system, where there is innovation, entrepreneurship and capital available for great new ideas.”

As the 82-year-old embarked on a New York publicity push for his memoir, called Invested, Bloomberg asked him a few questions about the future of America’s wealth. Comments have been edited and condensed.

What do you think of a wealth tax?

It’s a negative reward for success. I put myself in the category of being successful, and guess what I do? I give enormous amounts of money away to philanthropy. I don’t make a lot of noise about it, I just do it, whether it’s my schools or health services or whatever it might be.

It’s not like these wealthy people are running around just building castles all over the place. Eventually they pass away, and you’re really not able to leave much money to your kids in the present system, and so it’s OK. It’s sort of a short time that the person has the success and he or she has the opportunity of giving money away to good causes. It’s not like us running around seeing the King and Queen of France, the King and Queen of England, and all that kind of stuff. You see some rich dude come around in a fancy car, I guess it might offend you, but it’s not going to be forever.

Would a wealth tax have much of an impact?

It’s the beginning. And then, how do you approach it? How do you approach the value of Facebook? Its stock price goes up and down. How do you value it and at what point do you take the two per cent in a wealth tax, and then if you do that every year. After 10 years it’s 25 per cent or 30 per cent of the guy’s wealth that has gone away. It’s not just one year, it’s every year. And it becomes an enormous take on creativity in terms of the wealth reward.

In California, wealthy successful people pay nearly 50 per cent already. I guess you could say what’s wrong with 60 per cent, what’s wrong with 90 per cent? Wealthy people create an enormous number of jobs. On a personal level they have people who do gardening, provide services. They might own a couple of different homes that requires more people to maintain them. Where do those people get jobs?

The government is not the solution to so many things that people think it is. It’s a mix — you don’t want to kill the golden goose. You want to make sure that entrepreneurs in America are preserved and have some protection because they create millions of jobs.

Most of these things are because of jealousy. It’s not done with a purpose, it’s done with a sense of “They don’t deserve it.” That’s what I don’t like about it.

Is there a better way?

In terms of tax policy, I would like to see, for the low end of society, more earned-income tax credits. I was there, and you were there, we were all there at some point — some of us emerged from it because of our ability to move ahead, and our education helped us. But a lot of jobs when I was a kid were at very minimal wages. We all need to start someplace and we want to look forward to opportunity.

How did you teach your own kids about investing?

I talked about it a lot, but there were no financial literacy classes. I have five kids and they do their own investing. They all own some Schwab stock, and that’s their core, but hopefully they invest beyond that and do all the things good investing requires, such as diversifying.

I do some investing with one of my sons, who loves private equity. He does some weird things, which some day will pay off, hopefully. He is very involved with a Kelly Slater wave technology company that created Surf Ranch. It creates artificial waves for surfers. The first one is not too far from Fresno, California, and they want to create more of these.

You recently eliminated commissions on trades. Why now?

It just seemed like the logical time for me to do this. Why not reward our clients with what we started out to do, which was to take prices down, down, down. The fundamental thing is that we want to get more people engaged in investing — that’s what we’re all about as a company. We’re all about entrepreneurial capitalism, free-market capitalism.