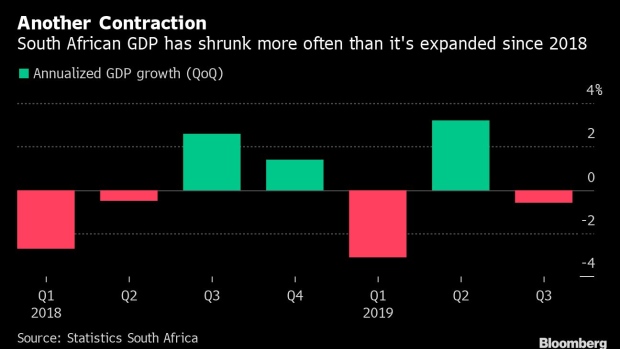 (Bloomberg) -- Concerns about the effects of the coronavirus on global supply chains and the economy are becoming more entrenched. With the death toll mounting, the economic disruption from temporary business closures in China prompted economists to trim world growth forecasts.

Here’s some of the charts that appeared on Bloomberg this week, offering a pictorial insight into the latest developments in the global economy.

China’s Hubei province is now in the third week of a shutdown triggered by the virus that has killed hundreds of people -- and halted an industrial powerhouse the size of Sweden. Every day of closure deepens the disruption to the nation’s economy, and indeed the world.

The coronavirus has upended China’s economy just as it was regaining its footing after some cooling in the trade war -- with huge implications for macro policy. Bloomberg Economics expects measures to address four priorities that will evolve over time.

Having already cut back on capital expenditures for much of last year, employer demand for U.S. workers is showing signs of easing.

Millions of Americans are seeing little return from their expensive college degrees -- even in today’s hot jobs market. For the first time in decades, recent college graduates are more likely to be out of work than the population as a whole, according to the New York Federal Reserve.

European weak economic growth is set to continue this year, the bloc’s executive said, warning that a deadly viral outbreak could further damp the outlook.

Years of rapidly rising house prices mean that a generation of Britons may have to rent their homes into old age.

Mexico’s central bank cut its key interest rate for a fifth straight decision, saying that economic growth is likely to be less than it previously projected.

South Africa’s Cyril Ramaphosa, who came to power two years ago, pledged a new dawn of reforms, economic growth and jobs, but results are mixed.

The U.S. is weighing a plan to increase its long-standing ceiling on tariffs in a move meant to trigger a renegotiation of relationships with fellow World Trade Organization member.

To contact the editors responsible for this story: Scott Lanman at slanman@bloomberg.net, Zoe Schneeweiss