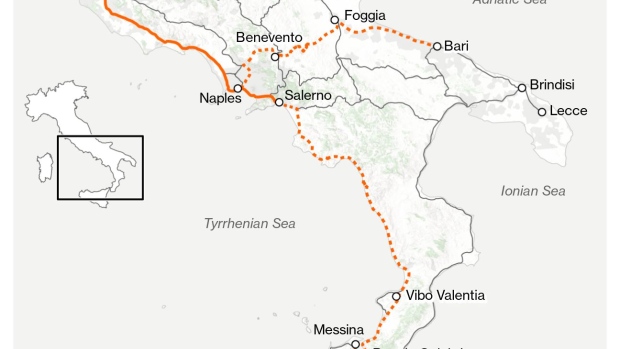 Finance chiefs of the wealthiest nations have taken the first step toward setting a tax floor for large companies, while fresh price data from the U.S. and China added to the inflation debate.

After the euro-area economy shrank less in the first quarter than initially reported, an easing of pandemic-related restrictions and more vaccinations are seen boosting optimism in a recovery.

After a Group of Seven meeting last week made progress on how to share out rights to tax multinationals, attention is now turning to the details of how to apply a floor of at least 15% for large companies. Rich nations are concerned that China may seek exemptions for certain sectors as the negotiations go into the next phase.

Governments are falling short in most areas where they could tackle mental health difficulties that sharply increased in the Covid-19 pandemic and already place a huge burden on economies around the world, the OECD said.

More U.S. small businesses than at any time since the 1980s said in May they raised prices, stoking inflationary concerns as surging materials costs and rising wages drive up costs. Separate figures from the government showed consumer prices in May posted the second-largest monthly advance in more than a decade.

Job openings rose in April to a fresh record high, along with the number of people who voluntarily left their jobs, underscoring fervent labor demand and turnover as businesses emerge from pandemic-related restrictions and the economy strengthens.

The euro-area economy is better placed for a strong rebound after output shrank less than initially reported at the start of the year and an easing of coronavirus lockdowns raised confidence.

Any reversal in the health of London’s economy risks having an outsized effect on the nation. The capital accounted for almost 40% of the U.K.’s annual growth pre-pandemic, contributing twice the output of Scotland and Wales combined.

Surging costs of imported commodities drove China’s factory-gate inflation to its highest level since 2008, raising the odds that exporters will begin passing on higher prices and boost inflationary pressures in the global economy.

The number of Hong Kong’s low-income households has almost doubled over the past two years amid the pandemic and protests.

The Bank of Russia delivered its third straight increase in interest rates and said more will be necessary as soon as next month as it struggles to contain a spike in inflation.

Three East African states are betting on an economic recovery from the coronavirus fallout to boost revenues and lower fiscal deficits projected at a combined $16.4 billion in the year starting July 1.