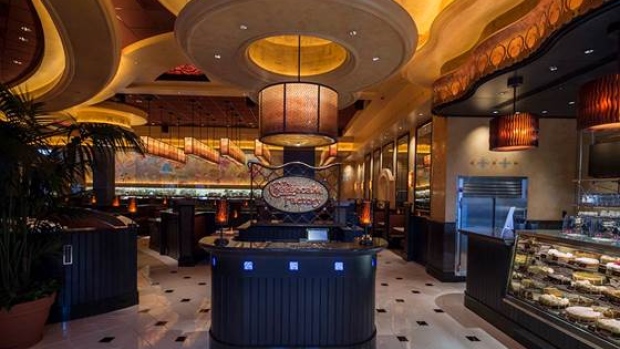 Cheesecake Factory, the popular American dine-in restaurant known for its supersized food portions and more than 50 varieties of Cheesecake is expanding into Canada, making its first stop at Yorkdale Shopping Centre in suburban Toronto after years of denying it was looking to make the move.

Cheesecake Factory has embarked on a global expansion since opening up in the world’s largest shopping centre, the Dubai Mall, in 2012, with locations in the Middle East, Mexico and China.

The move comes as American consumers are increasingly staying away from casual dining - and the restaurant industry is scurrying to find fixes to cure slumping growth.

In its most recent quarterly earnings report in Q4 2016, Cheesecake Factory’s same-store sales in the U.S. grew at 1.1 per cent, missing analyst estimates.

“Management is executing well in a difficult environment for casual dining chains,” said Stephen Anderson, restaurant analyst at Maxim Group in a note to clients.

“Cheesecake Factory remains a destination location, in our opinion, limiting the potential comp downside that other peers in full-service dining, and indeed many mall-based tenants, have been facing.”

Similar trends are taking shape in Canada as consumers are dining out less as consumer debt loads balloon. One of Canada’s biggest players, Cara Operations, is feeling similar pressure.  Same-store sales at Cara banners were down 2.8% in Q4 2016.  Cara, the parent company of Swiss Chalet, Bier Markt, and St-Hubert is bulking up in the fast-casual space where the likes of Panera Bread, Freshii and even Chipotle continue in attempts to gain sales growth momentum.

“Several other publicly-traded restaurants have struggled to generate positive sales growth in Q4, as the industry faces tough comparisons versus 2015 and an always-competitive market,” says Mark Petrie, analyst at CIBC capital Markets in a note to clients.

The Cheesecake Factory at Yorkdale Shopping Centre is scheduled to open in the fall of 2017.