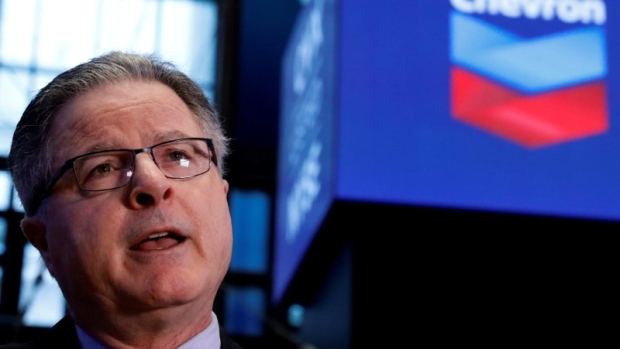 HOUSTON -- Chevron Corp (CVX.N) Chief Executive John Watson will step down by the end of September and likely be replaced by Vice Chairman Mike Wirth, a source familiar with the matter told Reuters on Tuesday.

The unexpected shakeup at one of the world's largest oil and natural gas producers comes after some cost overruns on big projects and the lack of any major acquisition deals in Watson's seven-year tenure as CEO.

The California-based company is emerging from a global commodity price slump and is beginning to reap the fruits of a multibillion-dollar expansion spree.

But its growth has not been painless. Chevron has struggled with cost overruns at two Australian liquefied natural gas (LNG) endeavours, faced major engineering challenges at its U.S. Gulf of Mexico expansions, and is now contending with growing uncertainty about its operations in strife-torn Venezuela, where it is the only remaining major U.S. oil producer.

Watson, who still has five years before he hits Chevron's mandatory retirement age of 65, preferred to continue with projects already in the planning stages when he became CEO in January 2010, rather than coming up with new deal or expansion ideas.

The change at the top of the company, first reported by the Wall Street Journal on Tuesday, did not shake markets. Shares of Chevron rose 0.5 per cent to close at US$106.36.

Watson is expected to stay on the company's board of directors for a period of time as Wirth grows into the CEO role, according to the source.

Like many of the company's executives, Watson has worked at Chevron his entire career and is the product of an internal talent development program.

"It would be hard to sit there and say that John Watson did a bad job as CEO," said Oliver Pursche of wealth manager Bruderman Brothers LLC, which holds shares in the company. "When we think about how Chevron has run its different business lines during the oil price slump, they've managed very well."

Wirth, 56, has been vice chairman since February and also runs the company's pipeline division. He previously ran Chevron's refining unit, which has grown rapidly in recent years, with the company investing heavily in expansion and renovations.

Under Watson the company has been shifting additional resources to shale oil projects that promise quicker returns, but nearly all of that shale acreage has been in the company's portfolio since the 1930s.

Watson, an economist by training, rose through the company's ranks, served as its chief financial officer, and earlier oversaw the integration of Texaco operations following the 2000 acquisition.