Chevron Corp. posted a surprise profit as the oil supermajor slashed capital spending to cope with the pandemic-driven collapse in crude demand.

The California oil titan posted adjusted per-share earnings of 11 cents for the third quarter, outperforming the average 27-cent loss expected by analysts in a Bloomberg survey. Production from the company’s crude and natural gas wells tumbled to the lowest in more than two years, partly because of intentional decisions to curtail operations that couldn’t turn profits as prices cratered.

Things are bad for the industry, Chief Executive Officer Mike Wirth said in a statement, and he provided no prediction for when the outlook may brighten. Severance costs alone are expected to drain half a billion dollars from the company’s coffers during the current quarter.

“The world’s economy continues to operate below pre-pandemic levels, impacting demand for our products which are closely linked to economic activity,” Wirth said. 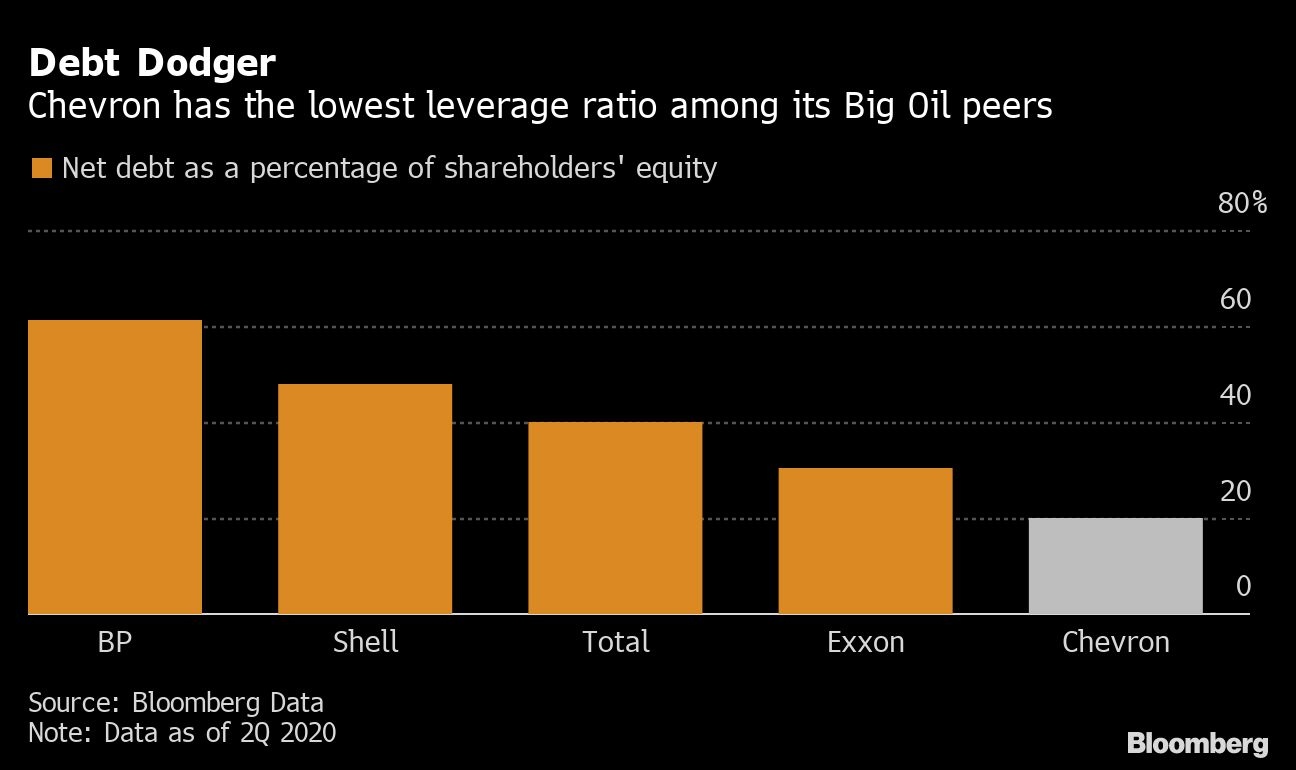 Chevron is in the process of cutting about 6,000 jobs and scaling back capital spending even as it works to fold Noble Corp.’s assets and staff into the company after the US$4.2 billion takeover earlier this month.

Chevron outspent cash flow in yet another quarter, but appears to have room on the balance sheet to sustain the dividend for several more quarters, even as oil prices fall again. The addition of Noble should help 4Q, with stable cash flows from Israel natural gas.

Earnings at Chevron’s upstream division fell 91% to $235 million from a year earlier. Profit from the so-called downstream unit, which includes oil refining, declined by 65 per cent.

“We remain focused on what we can control – safe operations, capital discipline and cost management,” Wirth said in the statement.

European rivals also beat forecasts amid the worst crude downturn in a generation. BP Plc surprised by avoiding a loss, while Royal Dutch Shell Plc and Total SE both exceeded expectations. U.S. rival Exxon Mobil Corp. is expected to post a loss when it reports results later this morning.

Chevron is the best performer among its Big Oil rivals this year and briefly surpassed long-time rival Exxon in market value to become America’s largest oil company. But Chevron is still down more than 40% this year, which would be its worst annual performance in Bloomberg data going back 40 years.