Chevron Corp. posted the highest quarterly earnings in almost a decade as soaring energy demand and Russia’s war on Ukraine strained global supplies, ratcheting up prices for everything from natural gas to diesel.

Net income adjusted for one-time items was US$6.5 billion, the highest since the second quarter of 2012, while free cash flow touched a level not seen in 17 years.

Chevron and its supermajor peers are among the biggest corporate winners from the war in Ukraine and Russia’s increasing isolation that sent crude prices to the highest in 14 years and European gas to all-time highs. The California-based oil explorer’s earnings follow better-than-expected profits from French supermajor TotalEnergies SE and may contribute to Big Oil’s best profits since 2011. 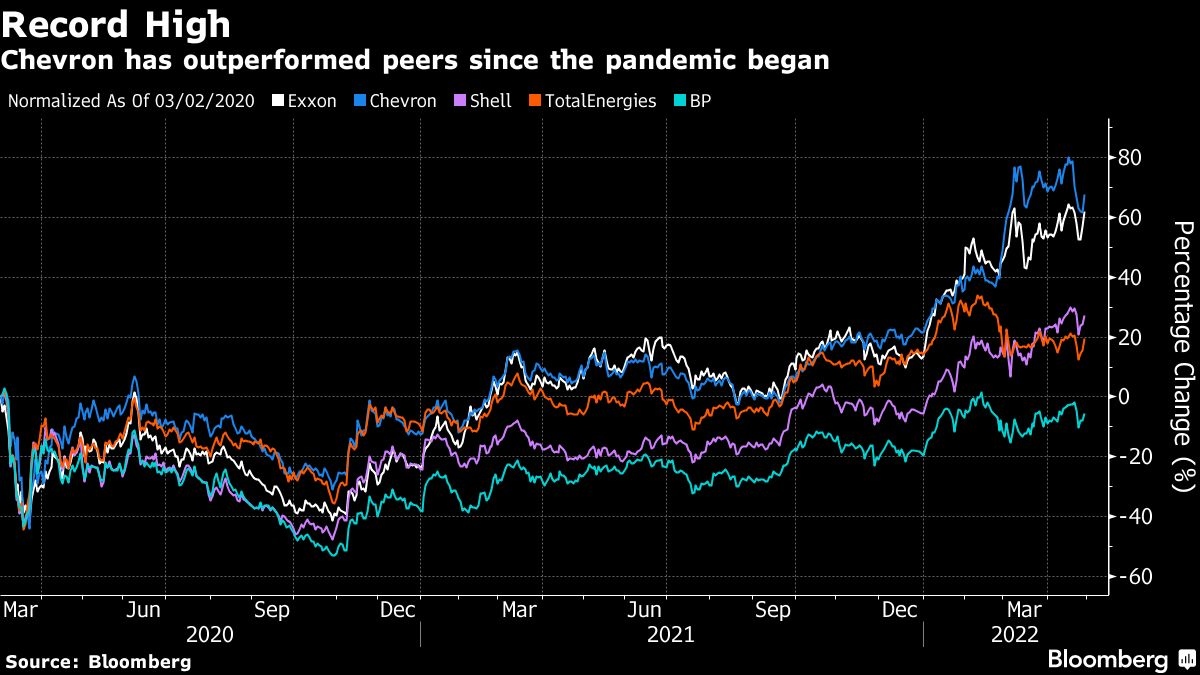 Adjusted earnings per share of US$3.36 fell 8 cents short of the median estimate among analysts, driven by weaker-than-expected refining results. The shares fell 0.5 per cent in pre-market trading.

Chevron has little financial exposure to Russia, unlike rivals incurring multibillion dollar impairments. Its main Russian entity is the Caspian Pipeline, which transports crude from its giant Tengiz operation in Kazakhstan to the Black Sea. The pipeline was damaged in a recent storm but Kazakh officials expect it should resume full operations shortly.

The big difference between now and the last time oil prices were consistently this high nearly a decade ago is that the industry is only investing about half as much in new projects. That’s adding to global supply concerns and the worst U.S. inflation in four decades. 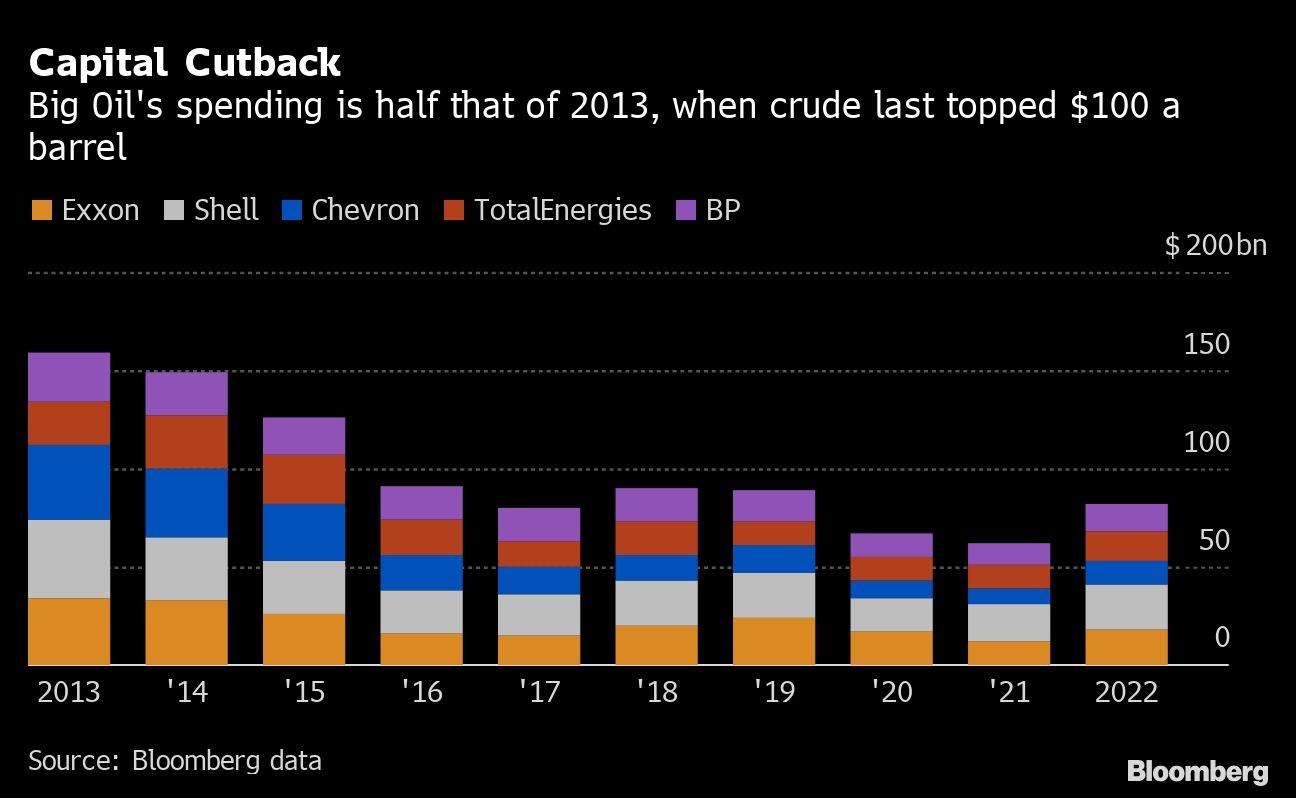 Outsized profits among oil explorers and refiners are drawing the ire of some politicians and regulators. The U.S. Senate will vote on whether to beef up the Federal Trade Commission’s authority to go after gasoline price manipulation, Senate Majority Leader Chuck Schumer said Thursday.

Meanwhile, in the U.K. home of BP Plc and Shell Plc, Chancellor Rishi Sunak said he’s open to imposing a windfall tax on energy companies if they fail to invest enough.

When grilled by U.S. lawmakers earlier this month, Chevron Chief Executive Officer Mike Wirth laid out plans to expand oil production in the Permian Basin, but that will mostly offset declines elsewhere in the company’s worldwide portfolio. Chevron expects to keep overall output flat to down 3 per cent this year.

Chevron’s stock reached a record earlier this month as investors heralded the company’s strategy of funneling cash into dividends and buybacks rather than investing more heavily in new wells.