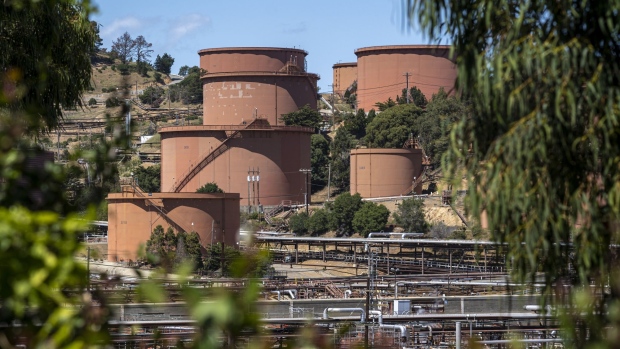 (Bloomberg) -- Chevron Corp. plans to buy back $75 billion of shares and increase dividend payouts after a year of record profits that evoked angry denunciations from politicians around the world as soaring energy prices squeezed consumers.

The stock repurchase program will kick in April 1 and will be triple the size of the previous authorization unveiled in early 2019, the company said in a statement Wednesday. The program is equivalent to almost one-fourth of the company’s market value and five times the current level of annual buybacks.

Although Chevron’s plan pales in comparison to the $89 billion that Apple Inc. allocated to repurchases in the past year, it’s likely to incense critics who’ve accused the oil industry of war profiteering after Russia’s invasion of Ukraine sent energy prices surging.

President Joe Biden was among those who lambasted oil explorers for devoting cash to shareholder-friendly initiatives like dividends and buybacks instead of plowing it into more drilling that would swell crude supplies. Chevron rose as much as 3.9% in after-hours trading.

“For a company that claimed not too long ago that it was ‘working hard’ to increase oil production, handing out $75 billion to executives and wealthy shareholders sure is an odd way to show it,” Abdullah Hasan, a White House spokesman, said in a statement on Wednesday night. “We continue to call on oil companies to use their record profits to increase supply, and reduce costs for the American people.”

The company also will pay investors a $1.51-a-share dividend on March 10, a 6.3% increase from the previous quarter.

Even though energy prices have pulled back since the early phases of Russia’s assault on Ukraine, analysts expect US oil companies’ profits to stay strong because they have kept capital spending in check, unlike in previous boom cycles. Instead, the windfall has been used to pay back debt and increase investor returns.

The company last year announced that capital spending for 2023 will be at the top end of its guidance range at $17 billion. Chevron is scheduled to report fourth-quarter results on Jan. 27.

--With assistance from Tom Contiliano and Justin Sink.