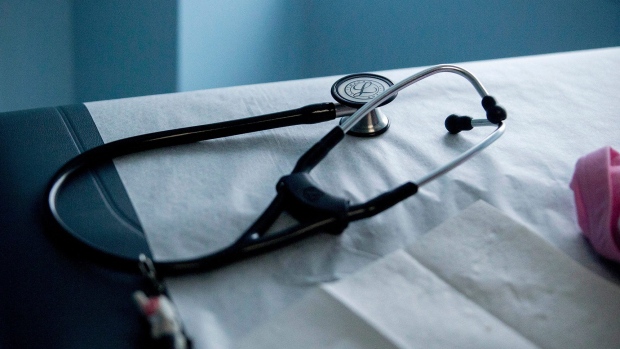 A stethoscope sits on an examination table in an exam room at a Community Clinic Inc. health center in Takoma Park, Maryland, U.S., on Wednesday, April 8, 2015. Led by the American Medical Association, three of the top five spenders on congressional lobbying have waged a campaign to urge Congress to revamp the way Medicare pays physicians and end the cycle of \"doc fix\" patches. Senate leaders predict quick action on House-passed legislation when Congress returns April 13 from its two-week recess. Photographer: Andrew Harrer/Bloomberg , Photographer: Andrew Harrer/Bloomberg

(Bloomberg) -- Mercy Hospital and Medical Center filed for bankruptcy on Wednesday amid a controversial plan by its owner to close the historic Chicago hospital.

“The quality of care at Mercy is an increasing concern as physicians and other colleagues have left Mercy and operating losses have accelerated to $7 million per month,” Trinity’s board of directors said in a resolution dated Feb. 5 that authorized the Chapter 11 filing in U.S. Bankruptcy Court in Chicago.

The medical center, the first chartered teaching hospital in Chicago, listed assets and liabilities of more than $100 million each.

“Mercy has attempted to effectuate its contemplated clinical transformation plan but has been unable to do so as originally envisioned and management does not anticipate being able to do so in the future,” the board said in the resolution.