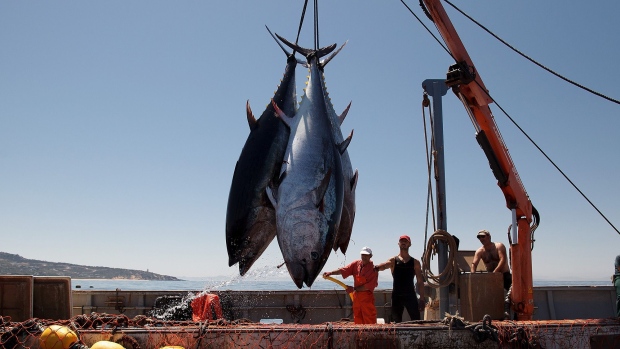 Thai Union Group reported a more than 15-fold increase in its second-quarter profit, though the owner of Chicken of the Sea and John West seafood brands said the increase would have been a more modest 13.4 per cent if costs to settle an antitrust lawsuit in the U.S. a year earlier were excluded.

Net profit was 1.72 billion baht (US$55 million) in the April-June quarter, compared with 111.5 million baht in the same period a year ago. Sales rose 2.6 per cent to 33.1 billion baht, led by its ambient seafood business, the company said in a statement to the Thai exchange Tuesday. Thai Union said it set aside about 1.4 billion baht to settle its legal case in the same quarter in 2019, which also had tax implications.

Shares of Thai Union jumped 6.1 per cent to close at their highest level since July 21 as the consensus profit forecast was for 1.37 billion baht.

“COVID-19 has presented enormous challenges to companies all around the world, both short-term and long-term,” Chief Executive Officer Thiraphong Chansiri said in the statement. “It has also led to increased demand for seafood products, particularly those stored in tins, in many parts of the world, with a corresponding effect on our sales and global supply chain.”

The company said gross profit margin was 18.2 per cent, the highest level in three years, and rose from 16.7 per cent a year earlier. Operating profit was a record 2.37 billion baht, despite a “high share of loss” from its Red Lobster restaurant affiliate, he said.