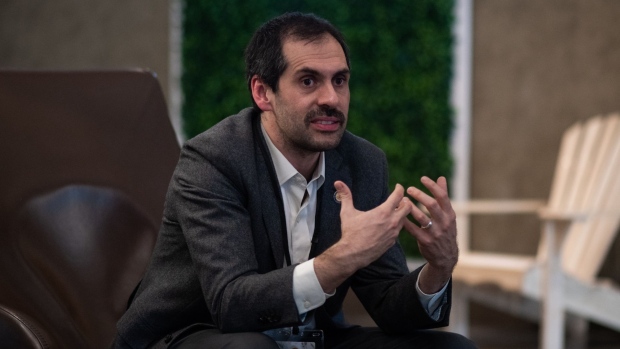 Nicolas Grau, Chile's economy minister, during an interview in Ottawa, Ontario, Canada, on Monday, June 6, 2022. Chile's government is confident it will be able to undertake massive structural reforms without scaring away foreign investors, according to one of the nation's top economic officials. , Bloomberg

(Bloomberg) -- Chile’s government has high expectations that lawmakers will reach a consensus on changes to the constitution, further easing concerns that have weighed on foreign investment, one of the country’s top economic officials said.

Global firms are looking past week-by-week twists and turns in talks and instead are focusing on the big picture, optimistic parties can broker an accord, Economy Minister Nicolas Grau, 39, said in an interview.

“Their positive outlook has to be fulfilled,” Grau said while accompanying President Gabriel Boric on a state visit to Mexico City. “Our government has high expectations that political parties based in congress will be able to reach an agreement.”

In September, Chileans overwhelmingly rejected a proposed new constitution that would have strengthened minority rights and environmental protection, while tempering the country’s free-market policies. It was a blow to the Boric administration’s plans to fight inequality and guarantee social justice.

Since then, political parties have held talks on the way forward for changes to the charter. Negotiations have been bogged down by points including the size and composition of the body that would take a another shot at rewriting Chile’s basic laws, and the role of a panel of experts.

At one point, Interior Minister Carolina Toha fueled hopes an accord would come by Chile’s Sept. 18 Independence Day holiday. Two months later, lawmakers told local media this week that it’s unlikely that they will be able to strike a deal in November.

Chile needs to move to encourage investment. Gross domestic product has shrunk in two out of the past three quarters as both inflation and the key interest rate run high.

Boric has responded to the downturn with focused aid and new investment incentives that are aimed at helping the economy without pressuring consumer prices and the budget. The administration also sent its flagship reform proposals on taxes and pensions to the nation’s congress.

Going forward, the economy and finance ministries are working together on proposals to improve productivity, according to Grau, who obtained his doctorate in economics from the University of Pennsylvania.

Regarding Chile’s growing lithium industry, Grau said the government wants to encourage the production of value-added goods and boost tax income from the sector.