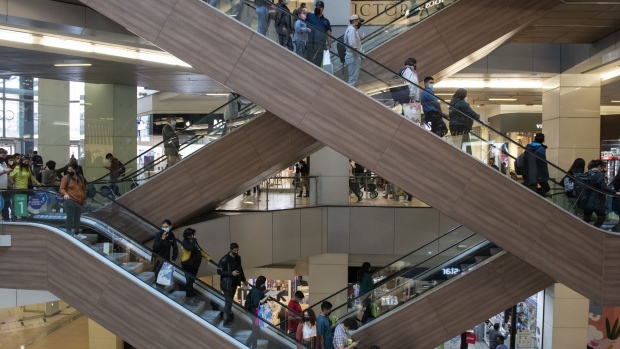 (Bloomberg) -- Chile’s government submitted a budget bill to Congress Thursday that will trim spending 22% in 2022, as the South American country moves to scale back the extraordinary stimulus rolled out during the pandemic.

The budget bill for next year includes total expenditures of 60.7 trillion pesos ($77.3 billion), compared to 78.2 trillion pesos that the government plans to have spent by the end of 2021, President Sebastian Pinera said in a televised speech. The pandemic this year has forced Chile to allocate extraordinary resources of about $27 billion, but when compared with the budget originally approved for 2020, spending will go up 3.7%, Pinera said.

Cutting down on spending will allow Chile to lower its fiscal structural deficit to 3.9% of GDP by the end of 2022 compared to 11.5% for this year, Pinera said. The budget also will increase public investment 8.1%.

“This level of fiscal deficit and this level of public debt are not sustainable over time,” Pinera said. “The 2022 budget aims at the recovery of fiscal and macroeconomic balances, in the increase of savings and in the promotion of economic growth.”

The central bank expects growth this year to reach as much as 11.5%, buoyed by the fiscal stimulus as well as about $49 billion that Chileans have been allowed to tap from their pension savings. Its the fastest growth rate forecast for any major economy tracked by Bloomberg.