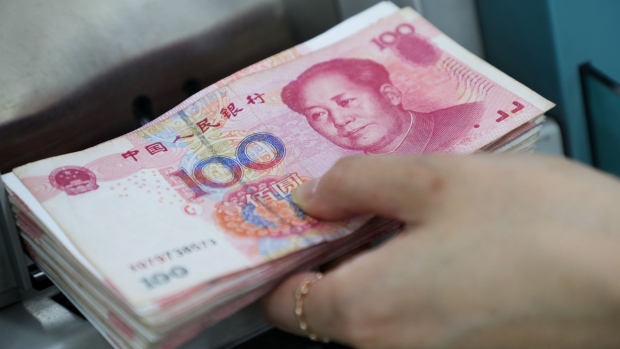 The People’s Bank of China added 700 billion yuan ($101 billion) of one-year funding via the medium-term lending facility, more than offsetting the 400 billion yuan in loans coming due Monday and another 150 billion yuan maturing on Aug. 26. It kept the interest rate on the funds unchanged at 2.95%. The yield on China’s 10-year government bonds was little changed at 2.94%.

“The MLF injection is larger than expected,” said Ming Ming, head of fixed-income research at Citic Securities Co. “The PBOC’s overall neutral monetary policy has an easing bias in August. I expect the 10-year government yield to drop to around 2.8%.”

The nation’s economy is recovering from the pandemic despite escalating tensions with the U.S., though consumption has failed to keep pace with a rebound in industrial output. Banks are counting on the PBOC’s cash injections to meet their demand for funding, as they need about $500 billion in fresh liquidity to roll over debt and buy government bonds this month.

The central bank added the most short-term funds into the financial system since May last week to soothe market nerves. In July, it drained cash at the fastest pace this year as stocks soared.