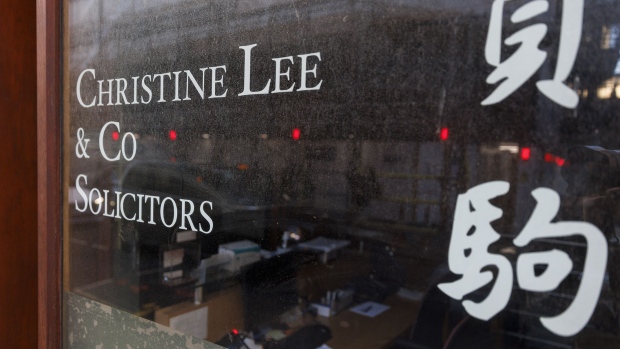 (Bloomberg) -- An agent of China “has been engaged in political interference activities” in the U.K. Parliament, Speaker of the House of Commons Lindsay Hoyle warned lawmakers in an email seen by Bloomberg.

Citing an alert from British security service MI5, Hoyle named Christine Lee and said she has been working for the Chinese Communist Party to engage with members of Parliament and political entities.

“I should highlight the fact that Lee has facilitated financial donations to serving and aspiring parliamentarians on behalf of foreign nationals based in Hong Kong and China,” Hoyle wrote in the email sent Thursday.

Calls to Lee’s law firm were not immediately returned. Hoyle’s office declined to comment beyond saying in a statement that the speaker “takes the security of members and the democratic process very seriously.”

“We have no need and never seek to buy influence in any foreign parliament,” a spokesperson for the Chinese embassy in London said in a statement late Thursday. “We firmly oppose the trick of smearing and intimidation against the Chinese community in the U.K.”

The revelation is a further hit to ties that have soured in recent years between China and the U.K. amid a Chinese crackdown on freedoms in Hong Kong, a former British colony. Criticism by U.K. lawmakers over alleged human rights abuses by Chinese authorities against its Muslim Uighur minority, and steps by ministers to curtail Chinese investment in sensitive British infrastructure have also damaged the relationship, even as Prime Minister Boris Johnson said he was “no sinophobe.”

Beijing has repeatedly denied any mistreatment of the Uyghurs and insists crackdowns in Hong Kong are to prevent insurrection.

Hoyle said the facilitation of donations by Lee “was done covertly to mask the origins of the payments,” behavior that he described as “unacceptable.”

Lee is working in coordination with the United Front Work Department of the Chinese Communist Party, according to a document sent to MPs called a “Security Service Interference Alert.” The UFWD “identifies and cultivates individuals with the aim of promoting the CCP’s agenda,” it said.

Electoral Commission data show Christine Lee & Co. Solicitors Ltd. has donated almost a quarter of a million pounds to the Labour Party since 2009, mainly to the central party, but also to electoral district branches of the party.  The law firm also donated 5,000 pounds to the Liberal Democrats in 2013, the records show.

Separately, commission data show Lee’s firm donated almost 430,000 pounds to Labour MP Barry Gardiner since 2015. The donations to the former shadow trade secretary were declared and there is no suggestion of impropriety.

A person familiar with the matter said Lee was not just targeting Labour MPs, but also members of the ruling Conservatives. Lee “has extensive engagement with individuals across the U.K. political spectrum,” according to the interference alert.

In a statement released on Thursday, Gardiner said he had been liaising with the Security Services for a number of years about Lee, and that they had assured him “that whilst they have definitively identified improper funding channeled through Christine Lee, this does not relate to any funding received by my office.”

Gardiner said Lee’s donations were used to fund staffing costs, and that “steps were taken” to ensure she had no role in appointing or managing his researchers. “She ceased funding any workers in my office in June 2020,” he said.

Gardiner also said Lee’s son had volunteered in his office “many years ago” and was subsequently employed as a diary manager. “He resigned from my employment earlier today,” he said, adding that the security services have advised him that they had “no intelligence that shows he was aware of, or complicit in, his mother’s illegal activity.”

Lee’s law firm says on its website that it is the legal adviser to the Embassy of the People’s Republic of China in the U.K.

(Updates with comments from Chinese embassy in London in fifth paragraph.)