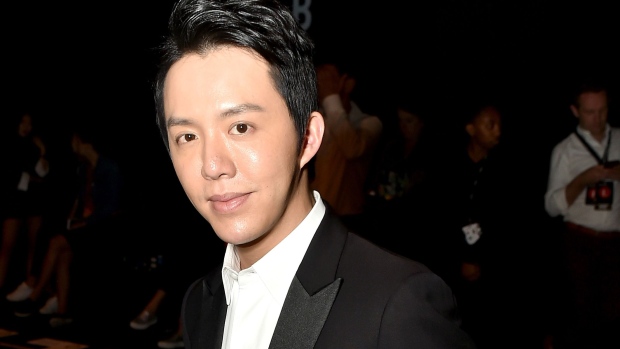 (Bloomberg) -- Chinese state media said after the arrest of a star pianist on prostitution charges that anyone challenging the government’s sense of discipline is doomed, escalating President Xi Jinping’s crackdown on the entertainment industry.

The People’s Daily, the ruling Communist Party’s mouthpiece, said on social media late Thursday that Li Yundi was arrested along with a sex worker and detained.

State broadcaster CCTV said in a commentary about the arrest that “some celebrities have frequently challenged the social conscience, morality and even dignity of the law.”

“Abiding by discipline and laws is the bottom line,” CCTV added, without elaborating on what discipline it was referring to exactly. “Anyone who dares to cross this bottom line and challenges laws and social morality is doomed.”

The China Musicians Association said in a statement on Friday that it expelled Li for his “vile social impact.”

Beijing police posted a picture of a piano on social media, adding: “This world has more colors than black and white, but one has to differentiate black and white. This is absolutely not to be confused.”

Xi’s government has pursued a cleanup of the entertainment industry, with the broadcast watchdog banning movie stars with “incorrect” politics, capping salaries and reining in celebrity fan culture. Actress Zhao Wei has been blacklisted from China’s internet as part of the campaign, with her works removed from streaming sites and her fan club cut off from the Twitter-like platform Weibo.

The drive is part of a broader regulatory crackdown ordered by Xi that has targeted vast segments of the nation’s economy, from tech companies to the property industry and after-school tutoring.

A commentary widely published in state media described the effort as a “profound revolution” sweeping the country and warned that anyone who resisted would face punishment. That article also warned that “the cultural market will no longer be a paradise for sissy stars, and news and public opinion will no longer be in a position worshiping Western culture.”

In 2013, police in Beijing arrested Chinese-American blogger Charles Xue on prostitution charges as Xi’s government reined in popular voices on the internet. Xue had been writing about pollution and child trafficking issues, activity that largely ceased after his arrest.

In 2000, Li won the International Chopin Piano Competition, a major event for concert pianists held every five years, then served as a judge in 2015. He was named to a political advisory body in Chongqing, where he was born, in 2013.