WHO deciding whether or not coronavirus is a global health emergency

The outbreak of a SARS-like virus that’s killed at least 17 people appeared in the Asian financial hub of Singapore, as Chinese health officials scrambled to halt its spread.

Travel was halted in Wuhan, China, where the virus was first detected, nearby municipalities restricted the use of transport and public sites, and schools in surrounding Hubei province delayed the opening of spring terms. Chinese stores were stripped of masks and hand sanitizers as fearful customers sought protection.

Pressure to contain the virus is growing as the World Health Organization extended deliberations on whether to declare the virus an international public health emergency. With hundreds of millions of Chinese people travelling for the Lunar New Year this week, the epidemic could widen even further. Hong Kong and Beijing are canceling planned holiday activities, according to local officials and state media.

The U.S. State Department on Thursday told travellers to China to take increased caution while in the country, and the Centers for Disease Control and Prevention has recommended that travellers avoid non-essential travel to Wuhan. Both agencies said that older travellers could be at particular risk from the pneumonia-like illness.

After mishandling the outbreak of severe acute respiratory syndrome 17 years ago, China wants to show the world it’s dealing with the current crisis transparently and effectively. When the SARS epidemic broke out, China was slow to share information, and initially denied the extent of the crisis.

The new coronavirus, which first appeared last month in the central city of Wuhan, has already spread from the mainland to locations from Hong Kong to Thailand to the U.S., colouring what is usually a period of celebration and reunion for Chinese people across the world with tension and anxiety.

Asian stocks and oil prices slid and haven assets rose as concerns about the widening outbreak resurfaced. Chinese shares bore the brunt of losses, with the CSI 300 index dropping 3.1 per cent, the most since May 2019. 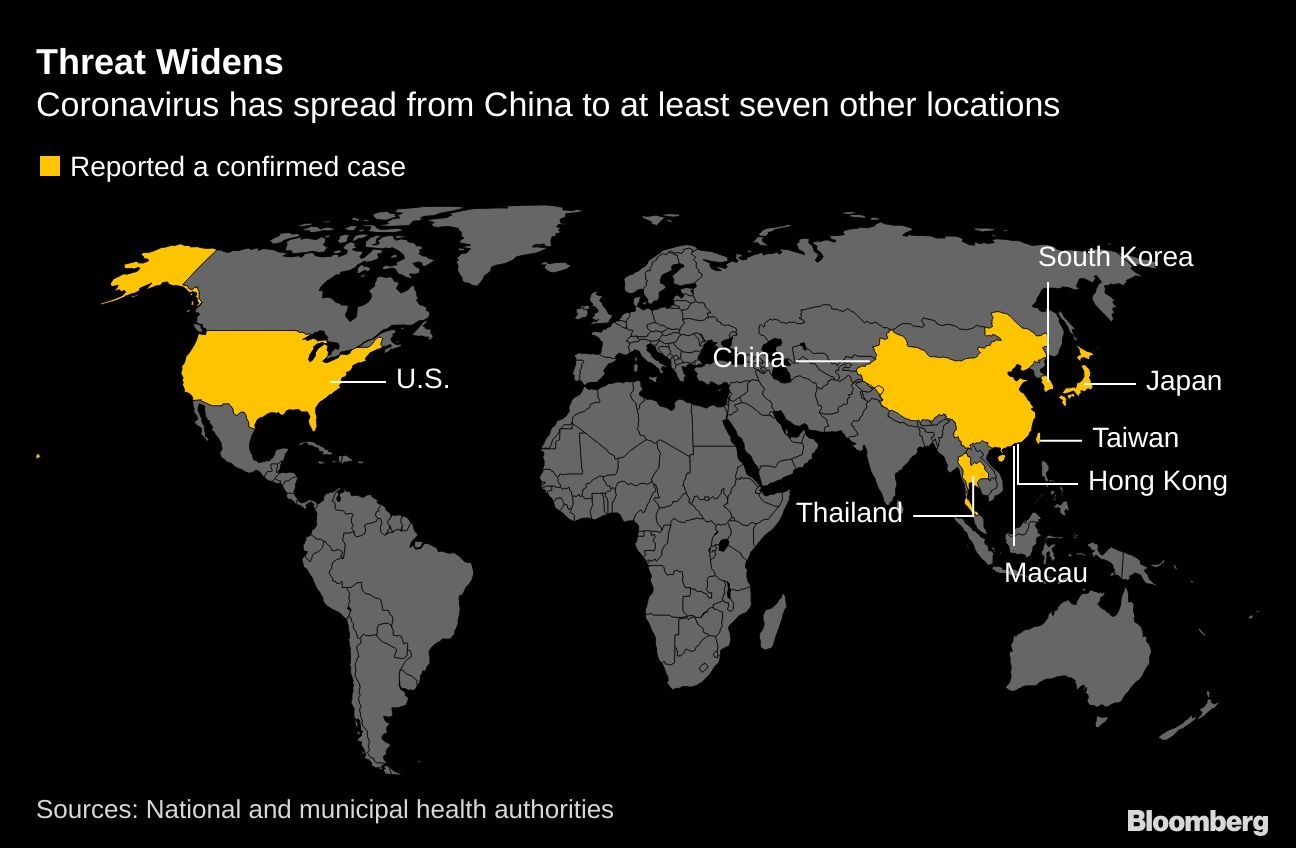 On Wednesday, the World Health Organization delayed a decision on whether to declare the outbreak a public health emergency of international concern, a designation used for complex epidemics that can cross borders. The United Nations agency said it would meet again Thursday to determine a strategy.

“This is an evolving and complex situation,” said Tedros Adhanom Ghebreyesus, director-general of the WHO, in a briefing with reporters in Geneva. “To proceed, we need more information.”

In Wuhan, a city of 11 million, chaos erupted as residents woke up to news of the travel restrictions. Long lines quickly formed at transport links as people tried to leave the city in the middle of the night before the ban took effect. Hundreds of flights were canceled. Nearby Huanggang, Ezhou, Xiantao and Chibi cities also imposed curbs.

Across China, social media postings questioned the blockade, asking why officials had waited until now to implement it, and whether it would be effective.

Jeremy Konyndyk, a senior fellow at the Center for Global Development and a former Obama administration official, said that such involuntary quarantines “have a questionable track record and can often be counterproductive.”

“A quarantine around a city larger than New York will be challenging to enforce, and past precedents suggest it could lead to more hiding of cases and less voluntary compliance with public health measures,” he said.

Efforts to quarantine cities can also result in social disorder, according to University of Sydney associate professor Adam Kamradt-Scott. “There’s a delicate balance to be struck here between wanting to avoid the spread of the virus and at the same time maintaining social order and preventing unrest,” he said.

“Lessons learned from SARS should also equip both mainland China and Hong Kong to manage risks more effectively. SARS fixer Wang Qishan is now one of the most senior leaders in China. Vigilance is warranted. Panic is not.” —Tom Orlik and Chang Shu, Bloomberg Economics

Disruptions are also taking place outside of Wuhan. Macau canceled Lunar New Year festivities, according to Cable TV. Some schools in Beijing banned visitors — including parents — from spending extended periods of time on campus, while some public buildings in the city are testing the temperatures of anyone entering. Officials elsewhere are stepping up readiness.

“While there’s an increased likelihood that cases may arise in this country we are well prepared and well equipped to deal with them,” U.K. Health Secretary Matt Hancock told the House of Commons.

At the briefing in Geneva, the WHO’s Tedros commended China’s response to the outbreak but said the agency nevertheless has a team in the Asian nation working with authorities.

China was criticized during the SARS crisis for initially providing limited information and denying the scope of the problem. With this new virus, health experts have generally praised the speed at which China identified and shared the genetic sequencing of the new coronavirus, allowing other countries to spot cases quickly.

Health officials have been taking important steps in tracing the virus through communities, finding earlier cases of people with pneumonia who may have escaped identification and following their close contacts to see whether they’ve become ill, said Maria van Kerkhove, an epidemiologist serving on the WHO emergency committee.

Anthony S. Fauci, director of the National Institute of Allergy and Infectious Diseases at the U.S. National Institutes of Health, said SARS was eventually stopped by good public health standards, including identification, isolation and quarantine.

“I think that’s a lesson we need to have learned from SARS, and apply those same principles right here with this new coronavirus that is causing this disease,” he told Bloomberg Television.

There hasn’t been any secondary transmission among patients who left China and all the human-to-human transmission has been among very close contacts or health-care workers, WHO officials said at the briefing. There has been little mutation within the virus, suggesting it’s stable, they said.

Symptoms include fever, cough or chest tightness, and difficulty breathing. At least nine of the victims had pre-existing conditions, and eight wereaged 80 or over. However, several didn’t display signs of fever, potentially complicating efforts to check for infected travellers as they arrive at airports and other travel hubs.