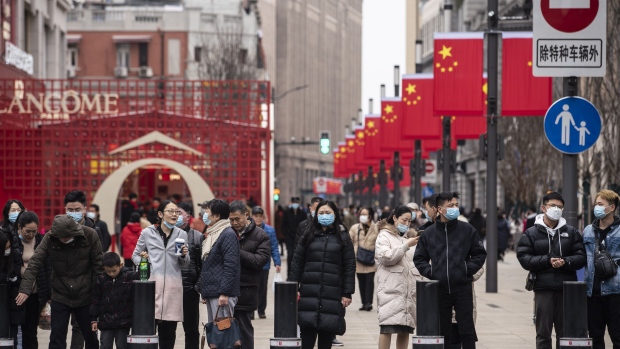 Even by the standards of a record-breaking global credit binge, China’s corporate bond tab stands out: US$1.3 trillion of domestic debt payable in the next 12 months.

That’s 30 per cent more than what U.S. companies owe, 63 per cent more than in all of Europe and enough money to buy Tesla Inc. twice over. What’s more, it’s all coming due at a time when Chinese borrowers are defaulting on onshore debt at an unprecedented pace.

The combination has investors bracing for another turbulent stretch for the world’s second-largest credit market. It’s also underscoring the challenge for Chinese authorities as they work toward two conflicting goals: reducing moral hazard by allowing more defaults, and turning the domestic bond market into a more reliable source of long-term funding. 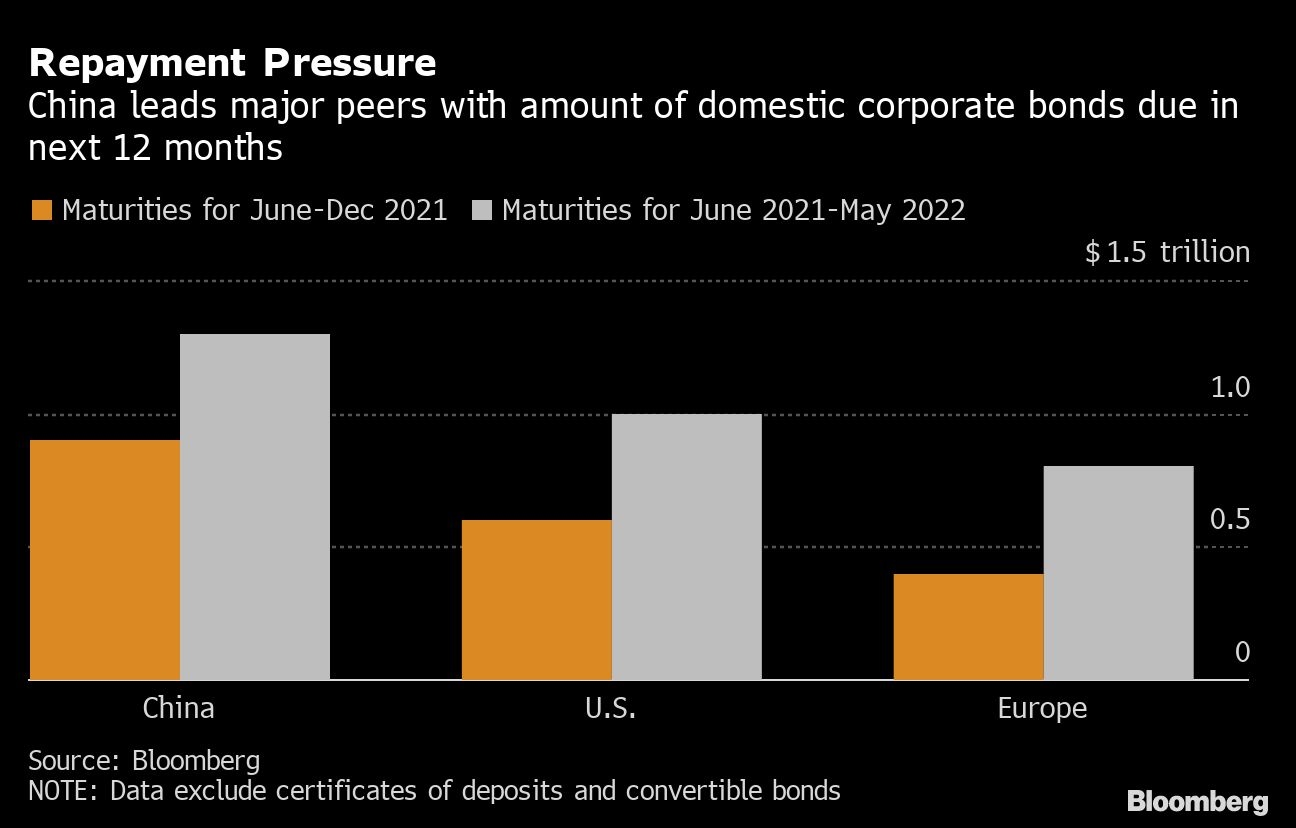 While average corporate bond maturities have increased in the U.S., Europe and Japan in recent years, they’re getting shorter in China as defaults prompt investors to reduce risk. Domestic Chinese bonds issued in the first quarter had an average tenor of 3.02 years, down from 3.22 years for all of last year and on course for the shortest annual average since Fitch Ratings began compiling the data in 2016.

“As credit risk increases, everyone wants to limit their exposure by investing in shorter maturities only,” said Iris Pang, chief economist for Greater China at ING Bank NV. “Issuers also want to sell shorter-dated bonds because as defaults rise, longer-dated bonds have even higher borrowing costs.”

The move toward shorter maturities has coincided with a Chinese government campaign to instill more discipline in local credit markets, which have long been underpinned by implicit state guarantees. Investors are increasingly rethinking the widely held assumption that authorities will backstop big borrowers amid a string of missed payments by state-owned companies and a selloff in bonds issued by China Huarong Asset Management Co. 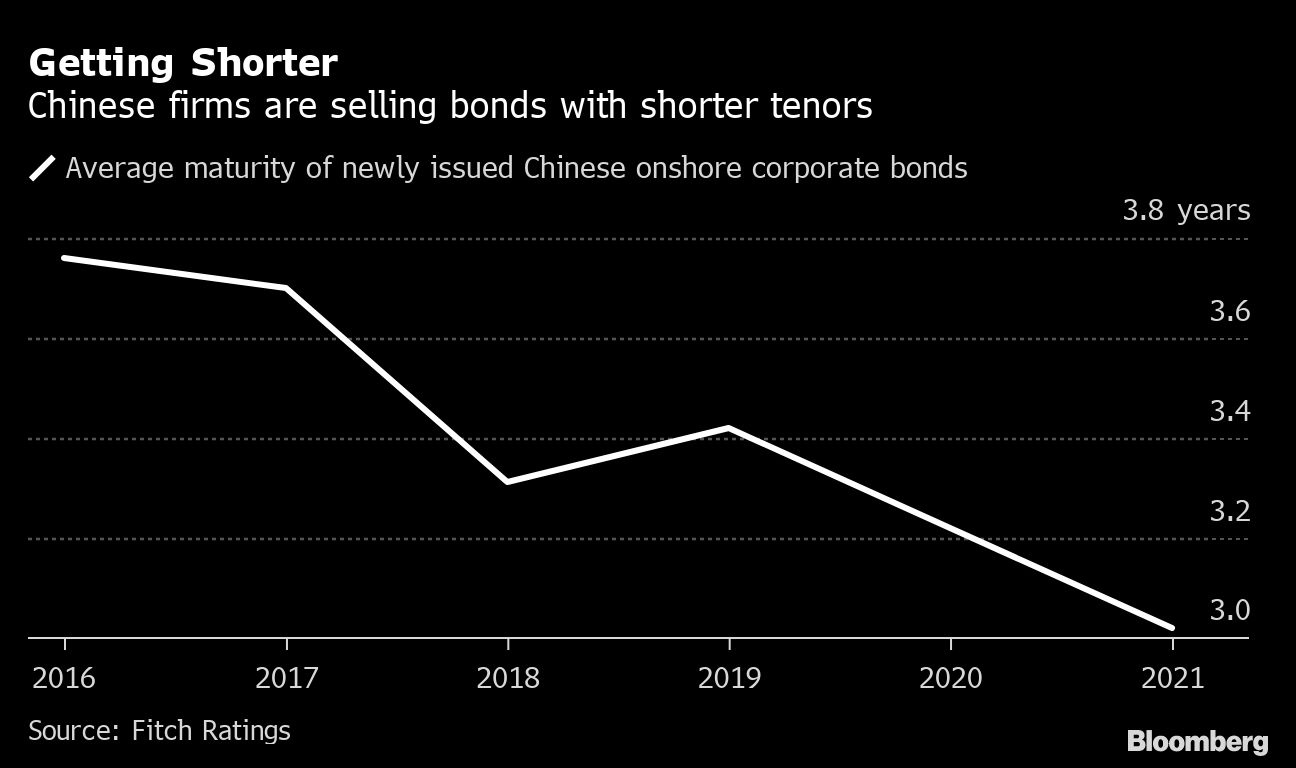 The country’s onshore defaults have swelled from negligible levels in 2016 to exceed 100 billion yuan (US$15.5 billion) for four straight years. That milestone was reached again last month, putting defaults on track for another record annual high.

Social security funds and insurance firms are the main providers of long-term funding in China, but their presence in the bond market is limited, said Wu Zhaoyin, chief strategist at AVIC Trust Co., a financial firm. “It’s difficult to sell long-dated bonds in China because there is a lack of long-term capital,” Wu said.

Chinese authorities have been taking steps to attract long-term investors, including foreign pension funds and university endowments. The government has in recent years scrapped some investment quotas and dismantled foreign ownership limits for life insurers, brokerages and fund managers.

But even if those efforts gain traction, it’s not clear Chinese companies will embrace longer maturities. Many prefer selling short-dated bonds because they lack long-term capital management plans, according to Shen Meng, director at Chanson & Co., a Beijing-based boutique investment bank. That applies even for state-owned enterprises, whose senior managers typically get reshuffled by the government every three to five years, Shen said.

The upshot is that China’s domestic credit market faces a near constant cycle of refinancing and repayment risk, which threatens to exacerbate volatility as defaults rise. A similar dynamic is also playing out in the offshore market, where maturities total US$167 billion over the next 12 months.

For ING’s Pang, the cycle is unlikely to change anytime soon. “It may last for another decade in China,” she said.