China’s share of Canadian trade is moving higher, even amid the worst diplomatic crisis between the two countries since they established ties.

Total exports and imports with China now represent 6.9 per cent of Canada’s global merchandise trade, on a year-to-date basis. That’s almost a full percentage point higher than the average in the previous three years and is the highest share on record, according to data released Tuesday by Statistics Canada.

The increase in China’s trade share reflects the fact shipments between the two countries are holding up, even as they slump with Canada’s other major trading partners. Large swathes of North America were shut down this year to limit the spread of COVID-19, while China’s economy returned to more normal levels. 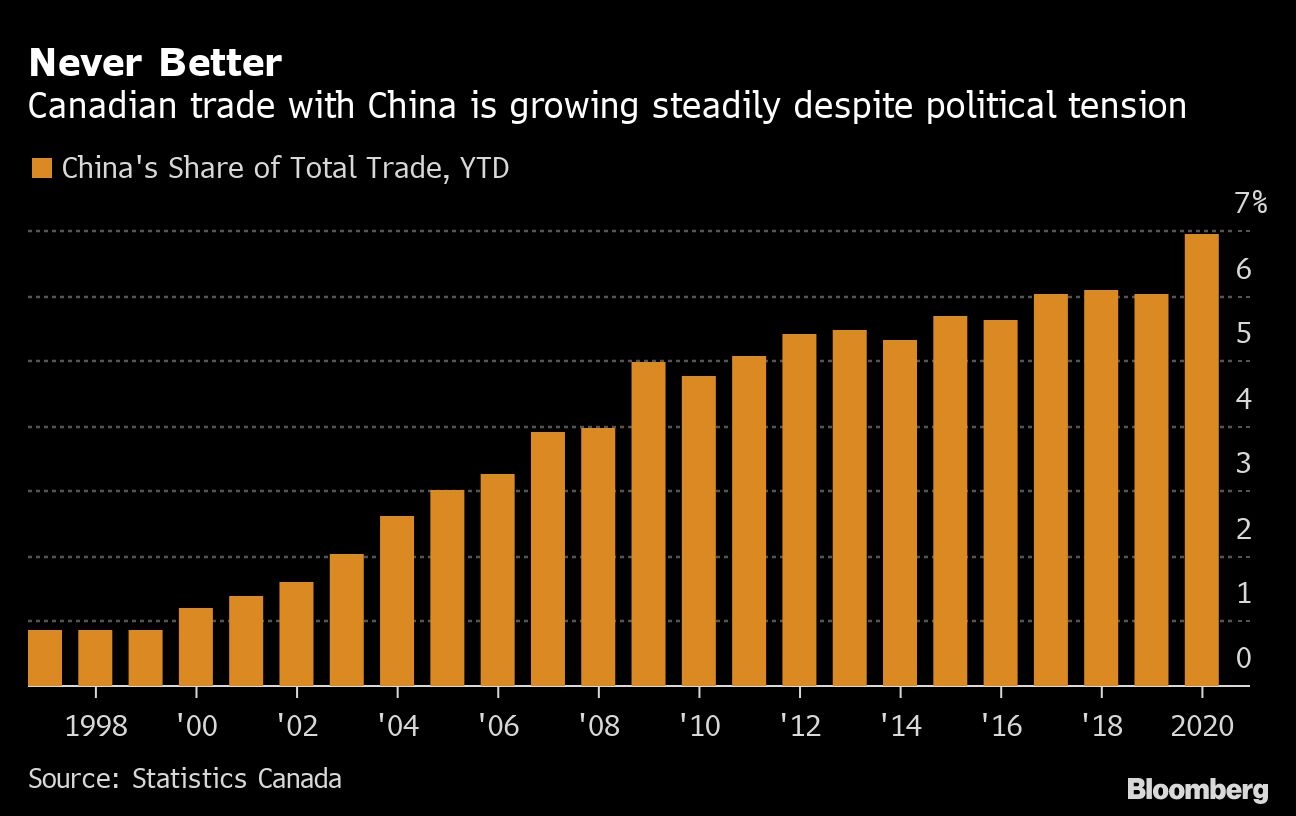 Stable trade flows are in stark contrast to the tattered foreign relations between the two countries, which cratered after Canada’s arrest of a top Huawei Technologies Co. executive in late 2018 and the subsequent detainment of two Canadians in China.

China’s share of Canadian trade is increasing as commerce with its largest trading partner declines. Merchandise trade with the U.S. is down 17 per cent this year, and now represents 67 per cent of the total, compared with 69  per cent on average in previous years.