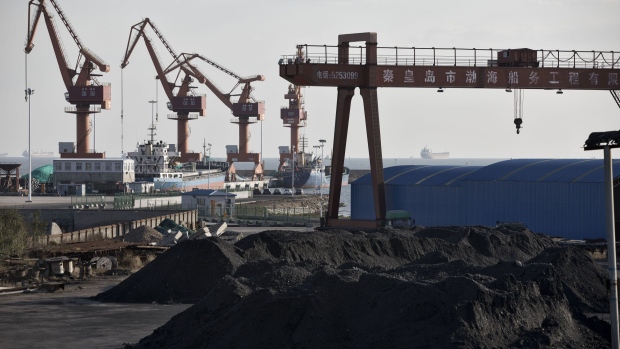 Piles of coal sit near port facilities as gantry cranes stand in the background at the Qinhuangdao Port in Qinhuangdao, China, on Friday, Oct. 28, 2016. China's efforts to quell surging coal prices showed signs they’re working, with benchmark prices dropping for the first time in a year as the country's production rose to the highest in seven months. , Bloomberg

A Chinese coal industry group halted publication of a daily consumption index that was widely used as a real-time indicator of the nation’s economic health.

Accurate and timely data is key to understanding the world’s second-biggest economy, but releases can often change with little warning, even when the figures are from official sources. Earlier this year, the coal market lost an important signpost when a major Chinese data provider halted its daily price index after the commodity slumped to a sensitive level that might have triggered state intervention.

Now the China Coal Transportation & Distribution Association has stopped publishing its daily coal burn index after a port company cut off access to the data, according to a person familiar with the discussions, who asked not to be identified because the information isn’t public.

The private coal industry group has for years published an index showing daily coal demand at select coastal power plants owned by six state-owned utilities, which investors viewed as a proxy for electricity demand and therefore economic activity. It’s recently gained even more prominence for investors charting the economy’s decline and rebound from the coronavirus outbreak.

The group received its coal burn data from Qinhuangdao Port Co., which runs China’s biggest coal port, the person said. The port has stopped supplying the data because three of the six firms ceased reporting, the person said.

A CCTD spokesman declined to comment. Officials with the port didn’t immediately respond to requests for comment. China Coal Resource, which provides data and news on the industry, reported Monday that Qinhuangdao Port informed representatives of coal and power companies on July 4 that it would no longer provide the data after the three power firms stopped participating.

CCTD’s website shows the most recent update for Huaneng on June 30, Huadian on July 1 and Datang on July 3.

The port decided that with half the respondents gone, the index wasn’t meaningful enough to keep publishing, the person said.