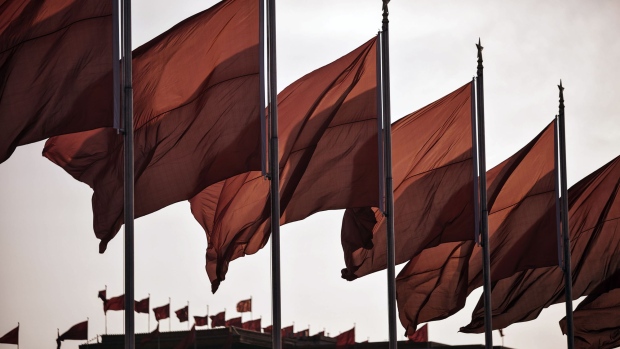 (Bloomberg) -- A commentary published widely in Chinese state-run media described President Xi Jinping’s regulatory crackdown as a “profound revolution” sweeping the country and warned that anyone who resisted would face punishment.

“This is a return from the capital group to the masses of the people, and this is a transformation from capital-centered to people-centered,” the commentary said, adding that it marked a return to the original intention of the Communist Party. “Therefore, this is a political change, and the people are becoming the main body of this change again, and all those who block this people-centered change will be discarded.”

Xi’s campaign calling for “common prosperity” has intensified in recent weeks, with agencies vowing to step up tax enforcement, crack down on labor abuses and take action against “fan culture” in the entertainment industry. The measures have roiled markets, with a measure of price swings in the country’s shares last week soaring to the highest level in 16 months.

The author wrote that high housing prices and medical costs will become the next targets of the campaign. While the piece reiterated comments from prominent Chinese economists last week that the campaign would not “kill the rich to help the poor,” it said the government needed to “combat the chaos of big capital.”

The piece finished by connecting the increasingly “complicated” external environment China faces to what it characterized as “brutal and ferocious” attacks by the U.S. The author suggested, without providing an explanation, that if China relied on capitalists to fight imperialism it could suffer the same fate as the Soviet Union.