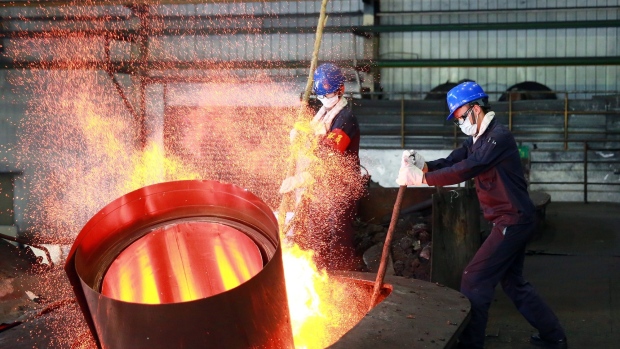 (Bloomberg) -- China’s major copper smelters have vowed to reduce purchases of concentrate this year as the country seeks to curb its carbon emissions, according to a state-run research firm.

The 15 largest smelters have agreed to trim purchases by 1.26 million tons, equivalent to around 300,000 tons of the metal, a statement posted on Saturday by Beijing Antaike Information Development Co. showed. That’s down 8.8% from a year earlier. The companies are “responding actively” to help the government reach its carbon neutral goals, according to the statement.

China has vowed to act strongly on climate change and has pledged to reach net zero emissions by 2060. Copper smelters have recommended limiting new capacity and plan to use more scrap metal to help the nation achieve its green goals, Beijing Antaike Information said last month. Consuming more scrap would enable them to use less copper directly extracted from mines.

Copper soared last week to an all-time high as the global recovery picked up with manufacturing output surging in places like the U.S., Germany and Japan. While China accounts for half of the world’s copper consumption and has played an integral part in the metal’s gain, demand there has softened this year.